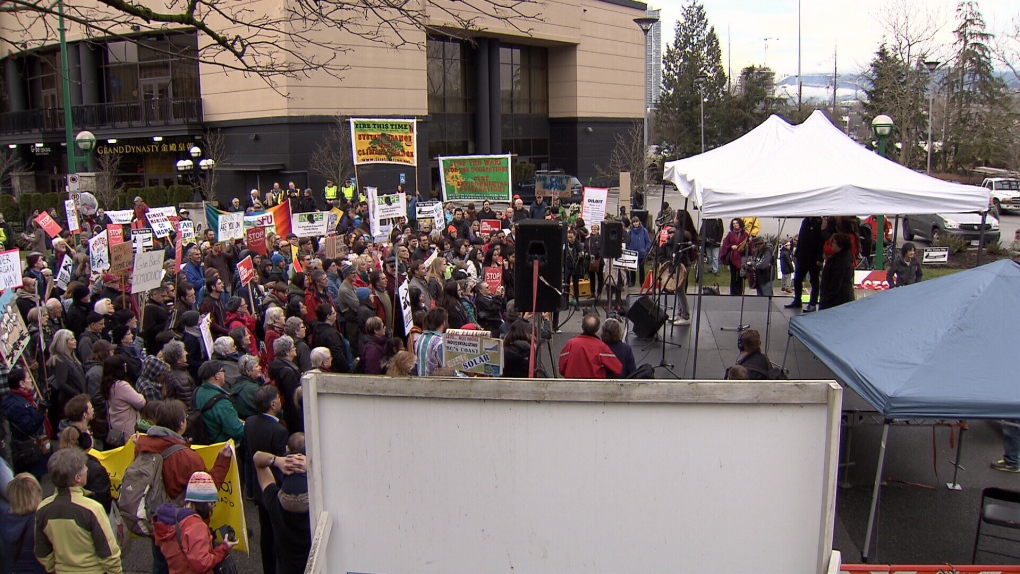 Activists say hundreds of protesters voiced their opposition to Kinder Morgan's Trans Mountain pipeline project at a rally in Burnaby on Saturday.

The protest was held outside National Energy Board hearings on the project, which aims to triple the capacity of the Alberta-to-B.C. pipeline.