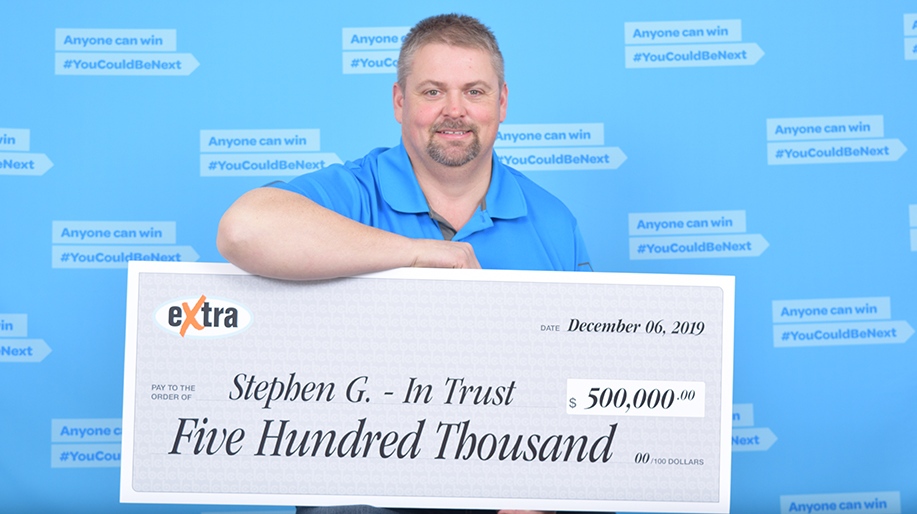 Stephen Gibson is shown in a photo provided by BCLC.

VANCOUVER -- Coworkers who say they've been buying lottery tickets for more than a decade finally won a draw.

Fifteen people from Dawson Creek, B.C., will split their prize after matching all four "Extra" numbers in the Daily Grand draw earlier this week.

Gas fitter Stephen Gibson is the one who bought the ticket at the Dawson Co-op. When he brought it back to have it checked, he was shocked, he said.

"She scanned my ticket and I couldn't believe it was ours that won it," he said in a statement through the B.C. Lottery Corporation Friday.

He said it was his wife he called first, not his fellow winners.

But then he came up with a plan for a dramatic reveal, letting only one of his coworkers in on the plan.

"I told him, 'You gotta get everyone at the office for the end of the day,' " Gibson said.

He said they've been playing together more than 13 years and the group is tight knit.

"We all got together and my coworkers thought something was wrong. Once I told them the news, there was a lot of hugging, screaming and disbelief," Gibson said.

Gibson said he plans to use part of the money to help pay for his kids' college tuition, and that he may go on a vacation to Nashville.

He joked that the office Christmas part might "be an extra hurrah" as well.