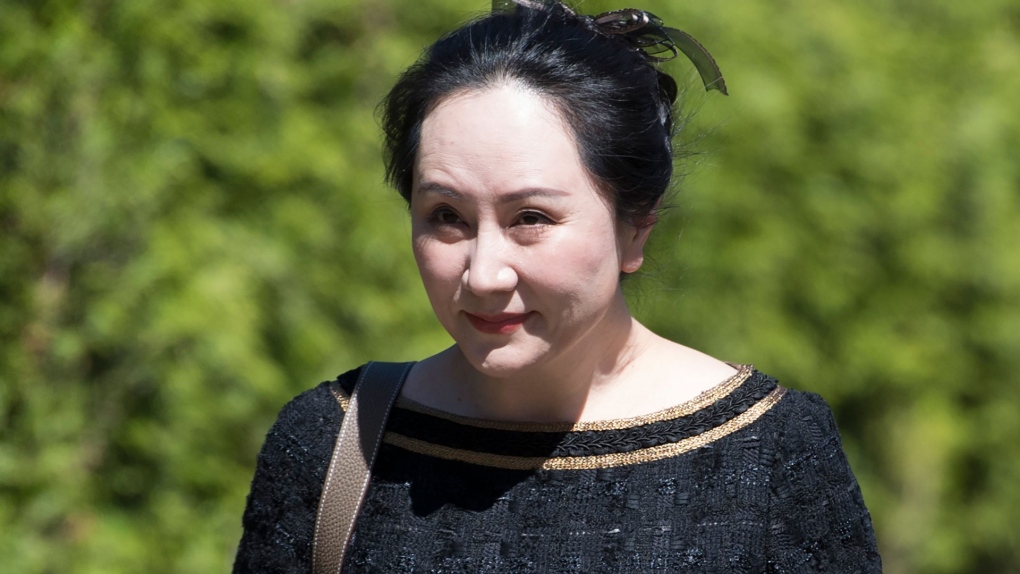 VANCOUVER -- A British Columbia Supreme Court judge has denied Huawei executive Meng Wanzhou's bid to access most of a series of documents her lawyers hoped could help prevent her extradition to the United States.

Associate Chief Justice Heather Holmes upheld the privilege claims made by Canada's Attorney General in order to avoid releasing further information in the documents except for a single email.

Meng's lawyers wanted greater access to information in heavily redacted documents disclosed by the Attorney General to use as evidence to support their claims that her arrest at Vancouver's airport in 2018 was unlawful.

Holmes explains that claims of public interest and litigation privilege were asserted over one line in the Dec. 4, 2018, email sent by Janet Henchey, director general of the international assistance group at Canada's Department of Justice, to a counterpart at the U.S. Justice Department.

The ruling says Henchey was responding to a question about the possibility of making a mutual legal assistance request to the Canada Border Services Agency in order to obtain information.

It says the Attorney General disclosed the first sentence of Henchey's response, which was, “You would have to have grounds to obtain the CBSA records.”

But the second and final sentence in her response was redacted.

“The current disclosure presents Ms. Meng with an incomplete, and therefore potentially misleading, picture,” wrote Holmes in her ruling.

The court's decision does not disclose what that sentence says.

Meng is set to return to court on Oct. 26 for a hearing on whether her arrest and detention were conducted lawfully, which will include witness testimony from the RCMP and Canadian Border Service Agency.

She is wanted in the United States on fraud charges over allegations she lied to HSBC about Huawei's relationship with a company doing business in Iran, putting the bank at risk of violating American sanctions against that country, a claim both she and Huawei deny.

A statement from the Justice Department says Canada asserted that solicitor-client and litigation privilege are fundamental principles that protect those who seek legal advice confidentially and the judge upheld those claims.

Lawyers for Meng either could not be reached or declined comment on Holmes's decision.

In addition to the claim of abuse of process based on her arrest, Meng's lawyers are also arguing that the U.S. misled Canadian officials in its summary of allegations made against her.

Holmes is expected to decide whether Meng's legal team can proceed with those arguments in hearings next year.

This report by The Canadian Press was first published Oct. 9, 2020. This story was produced with the financial assistance of the Facebook and Canadian Press News Fellowship.