How well do you know your city? Authors reveal 111 hidden gems in Vancouver

If you're from Vancouver, chances are you think you know the city inside and out.

But in their new book, authors Graeme Menzies and Dave Doroghy set out to prove you wrong.

111 Places in Vancouver That You Must Not Miss is a compilation of Vancouver's hidden gems and the unusual histories behind them.

"When this opportunity came up it was a chance to let the whole world know about things that nobody else (knows)," Doroghy said. "It's not on the internet. It’s not in other books. They're just secret things we know about that we stashed away in this little gem and finally revealed."

Menzies and Doroghy shared four of the 111 locations revealed in the book in an interview with CTV News.

This is a well-known spot in Vancouver's Gastown area, but Menzies said it has as a colourful history many might not know.

"It used to be a place where all the movie folk—actors and producers would go," he said, which is why there are typewriters and movie scripts scattered around the establishment.

During the 1970s, the business used to be called the Banjo Room and was decorated in the style of the "Roaring '20s."

According to Menzies, the owner at the time had heard that the Chicago warehouse where the 1929 Saint Valentine's Day Massacre took place was being torn down, so he got in touch with city's mayor and ordered seven cases of bricks from the kill wall.

"He said, 'This would be a great attraction. I'll put it in my restaurant,'" Menzies said. 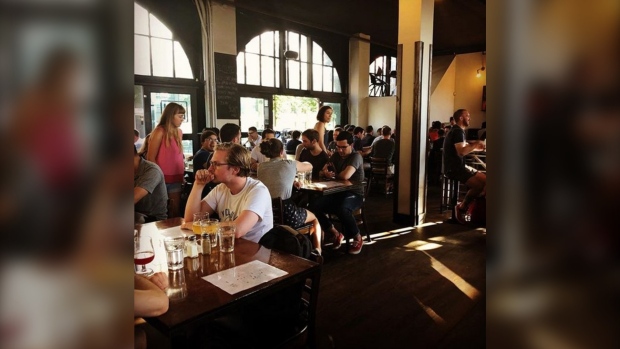 The Alibi Room is seen in this image from the business's Instagram page.

Doroghy said the Billy Bishop Pub, which his part of the Royal Canadian Legion, is one of Vancouver's best kept secrets.

"What makes it unusual is that it's tucked away on a residential street in Kitsilano about five minutes from the Kits pool," Doroghy said, adding that it looks like a regular house except for the flagpole in front of it.

"You walk in and it's like going back to the 1940s. It's like an old legion with old airplane propellers and dart boards … It's just in the middle of a normal neighbourhood that you've probably passed by 100 times and not really known what it was." 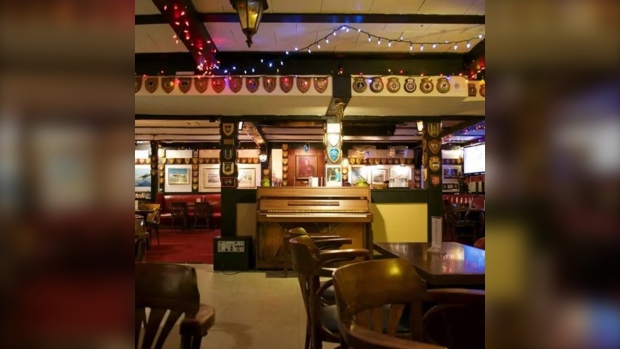 The Billy Bishop Pub is seen in this image from its Instagram page.

This unusual front yard installation made number 20 in Menzies and Doroghy's book.

"I used to drive by this for like 20 years—the guy's house," Doroghy said. "The guy took a 1960s Cadillac, he cut it in half, and he buried the back of it with its tail fins in his front yard."

Doroghy said he knocked on the owner's door last year to finally find out what the inspiration was behind the installation.

"He's an artistic guy. He thought it would look cool to do that," Doroghy said.

"The city inspections came and they said 'We don't know if this complies with bylaws,' and you know what he told them? He said 'It's a shed for my rakes and my gardening tools' and he opened up the trunk and he put a bunch rakes and gardening tools back there." 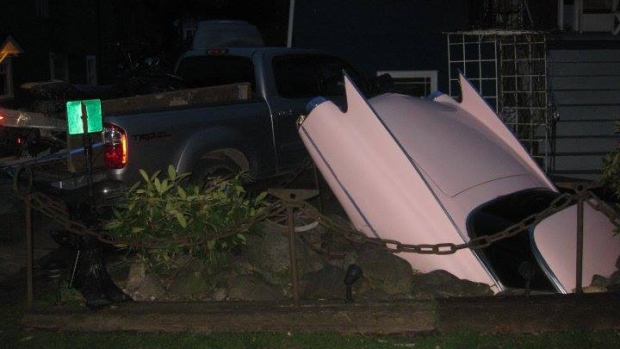 Coupe de Villa is seen in this image from the installations Facebook page.

The last hidden gem the authors shared is located in one of the city's best-known locations: the Stanley Park Seawall.

"You get to Third Beach and for some reason, there's a row where the stones are chiseled into the suits of a card game like clubs, diamonds, hearts and spades," Doroghy said.

"Then you go a bit further and in the stones in the seawall … there's a hockey stick, hockey puck and a maple leaf. No one knows about this." 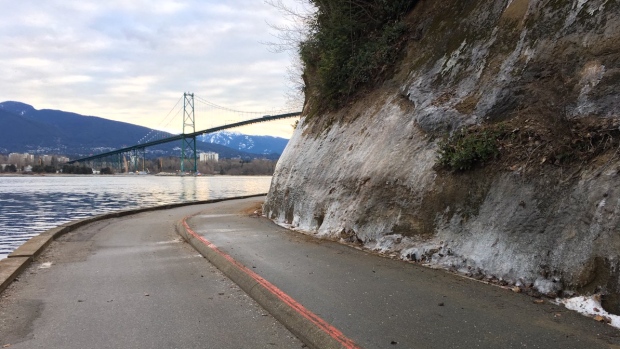 With files from CTV Morning Live