How to spot the fake $20s circulating in the Fraser Valley

Abbotsford, B.C. police are providing the public with tips to spot counterfeit cash after becoming aware that counterfeit $20s are circulating in the Fraser Valley.

A splice-and-tape scam first made public this time last year is active again, this time involving bills of a different denomination.

They'd then add a less convincing fake holographic strip, made with foil or other reflective material, and laminate both bills, producing two counterfeits.

The bills are then slipped into circulation, and the scammers having traded them in for goods or smaller change.

This year, the splice-and-tapers appear to be focusing on $20s, and passing the bills on to local businesses. Businesses are more likely to be targeted during busy periods or when less experienced staff members are working, Abbotsford police said in a statement Thursday.

Officers are encouraging those exchanging bills in the Valley, particularly in Abbotsford, to be on the lookout for bogus banknotes.

Tipoffs include that the numbers in the hologram match the denomination of the bill, and that the reflective pieces show the Peace Tower and the face of the featured dignitary – Queen Elizabeth II in the case of $20s. 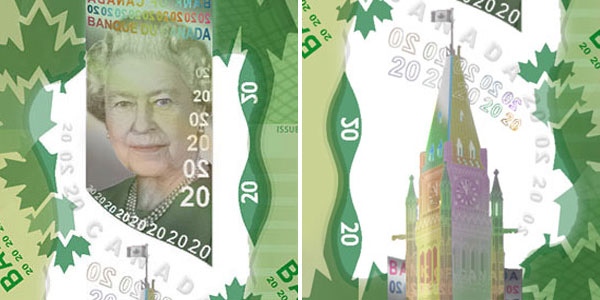 The metallic portrait should match the larger portrait on the bill, should change colour when the bill is moved and be the same on the other side. The word "Canada" should feel slightly raised.

The Bank of Canada also issued a commemorative $20 with a different holographic window that features a colour portrait of the Queen in 1951, metallic symbols and text that reads, "A Historic Reign - Un Règne Historique." 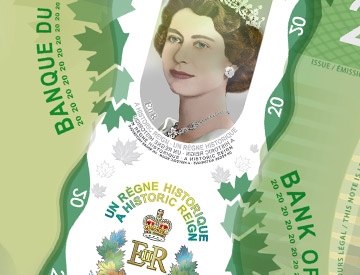 Images in both the holographic and coloured parts of the bills should be crisp and well-defined, but they can appear blurry or of a low resolution on some counterfeits.

Another way to find out if a bill is fake is to feel it. Polymer banknotes should be smooth, but spliced and laminated versions often feel rough.

The edges of the bill should be straight, and it should be the same size as others. Abbotsford police say fake bills are often poorly cut and not uniform in size.

The Bank of Canada's tips for recognizing a legitimate $20 include detailed close-up images of the Queen's portrait, Vimy memorial, poppies, and Canadian flag.

Other ways to check if a bill is fake is to feel the large number in the corner, which should feel raised, and to check for a frosted, round window in the centre of the maple leaf over the number. The words "Bank of Canada" should feel slightly raised in both English and French, and the maple leaves that border the clear holographic window should cross into it. 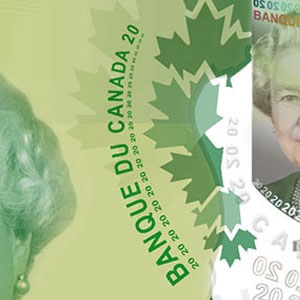 The Bank of Canada also offers tips to recognize fake paper bills for those holding on to older versions.

What to do with counterfeit currency

If you suspect someone is giving you a counterfeit bill, politely refuse it and explain why, ask for a different bill, and ask the person in possession to check it with a bank or police, officers advised.

"Take a few moments when exchanging cash to check your bills for authenticity. Once a fraudulent bill has changed hands, the responsibility to surrender the bill to the bank or to police lies with the holder," Abbotsford police said.

Officers reminded the public that often the person handing out forged funds is a victim of the scam as well, but that they should only ask for a different bill if they feel safe doing so.

Those who find a fake in their wallets are advised to bring the bill to a bank or police department. If it's real, it will be returned, but if it's not, the holder won't be compensated.

"The best defence against this type of fraud is vigilance at the time of transaction. It is an offence to knowingly transact further business with counterfeit currency," police said.