Houseboat sinks while being towed past B.C.'s Gulf Islands 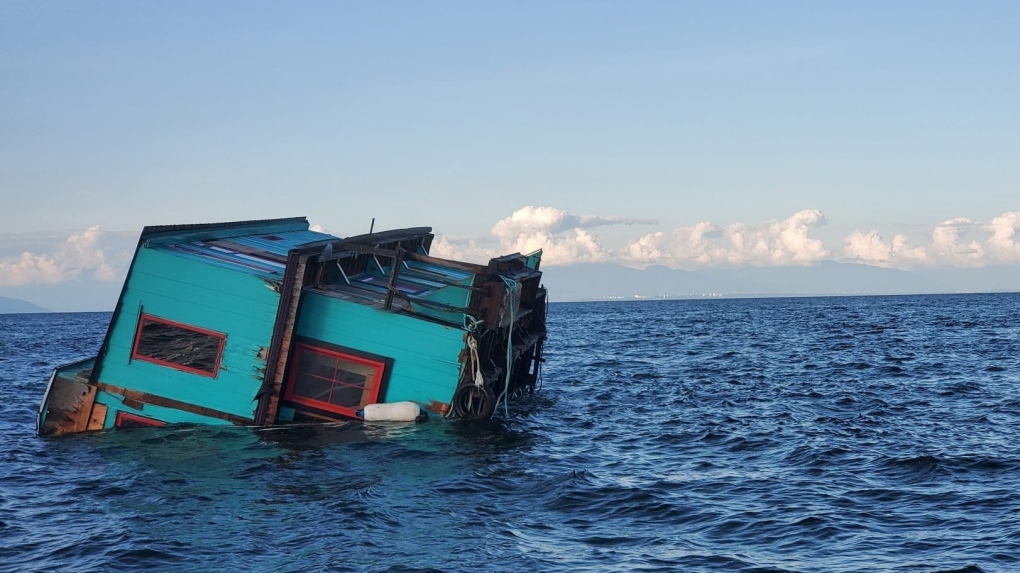 VANCOUVER -- Search and rescue crews sprang to action after a houseboat started sinking off B.C.'s Gulf Islands over the weekend.

Royal Canadian Marine Search and Rescue said the brightly coloured houseboat was being towed through Porlier Pass, near Galiano Island, when it started taking on water late Sunday afternoon.

By chance, a search boat was in the area and the crew rushed to help.

"The houseboat lost all bottom flotation and started sinking, pulling the towing vessel with it," RCMSAR said in a Facebook post. "The vessel then lost steering and wasn’t able to continue the tow."

Search teams along with the Joint Rescue Co-Ordination Centre managed to help steer the vessel to Dionisio Point, at the north point of Galiano, where it could drop anchor.

"All lives were safe and the houseboat will be dealt with," RCMSAR said.

Pictures shared by the search team on social media show the two-storey houseboat being slowly submerged under the water.

The Ministry of Environment told CTV News the Coast Guard assessed the houseboat and determined there were no pollutants on board, but that the capsized vessel is considered a "hazard to navigation."

Transport Canada's receiver of wrecks has been in contact with the owner and is arranging to relocate the houseboat, the ministry said.

CTV News has reached out to Transport Canada for more details about when and how the sunken vessel will be moved.