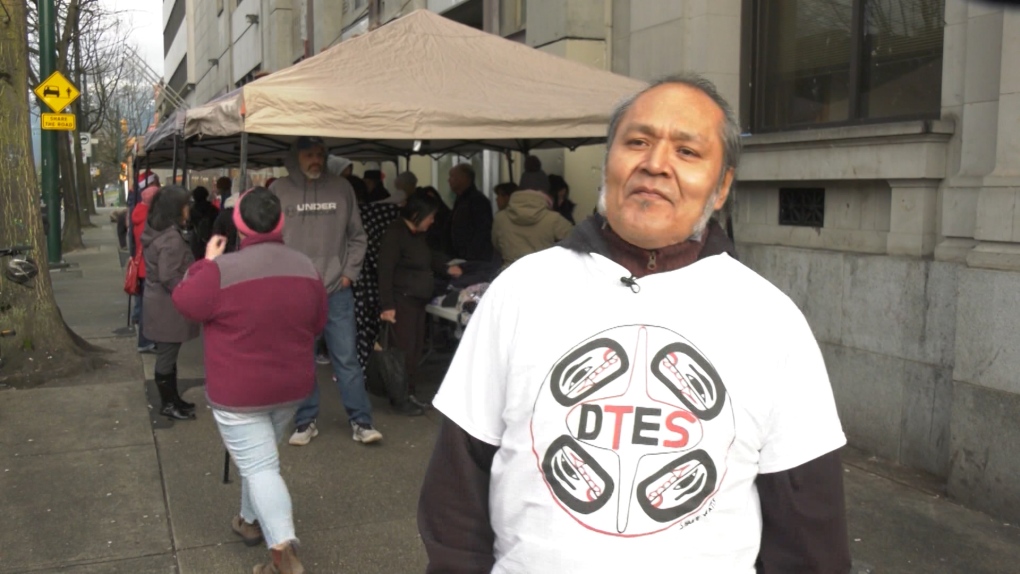 VANCOUVER -- Hundreds of marginalized men and women in Vancouver’s Downtown Eastside felt the warmth of Christmas morning Wednesday with the gift of food and fresh clothing.

It’s all thanks to the generosity of one man who not long ago was in need himself.

For six years running, Watts’ project called Hope & Love 4 U, has organized donations of food, clothes and sleeping bags for those who need them the most.

Watts said more than 500 homeless men and women had a chance to talk away with a package on Christmas morning,

“He's got a heart of gold, this Alex," said recipient Bobby Wilson. "He helps people out."

Watts has been sober for more than a decade. Through that time, his generosity has touched many people. He says he'll keep running the project every Christmas for as long as he can.