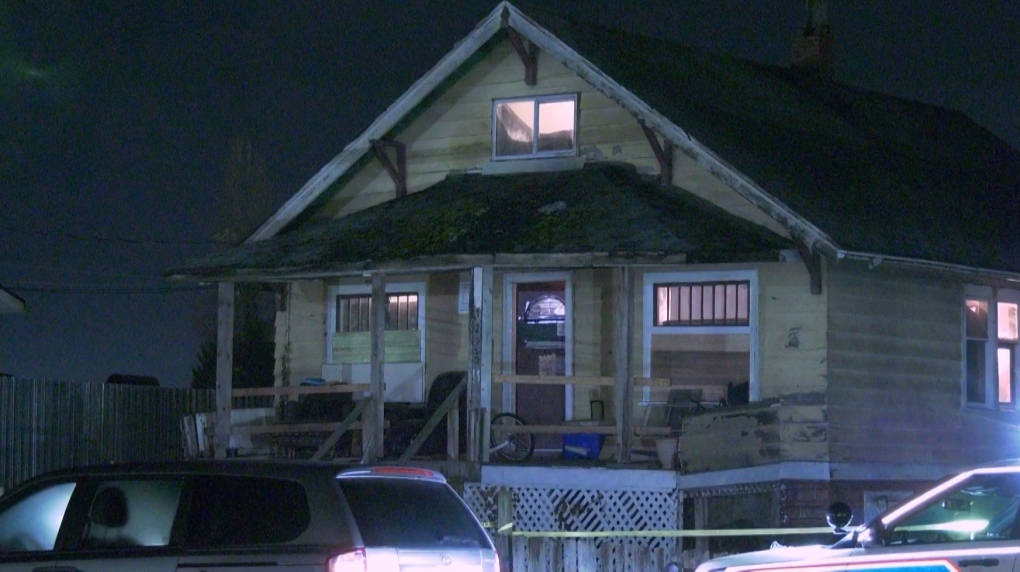 Homicide investigators were spotted outside of this Surrey home Tuesday night.

Members of the Integrated Homicide Investigation team were spotted at a house on Old Yale Road between 120th and 124th streets.

Officers were seen leading several people outside of the house.

It's not clear what the circumstances were, but IHIT posted on Twitter at about 9 a.m. saying the team's visit was "part of an already ongoing investigation."

The post added that no further details would be released at this time.

The house was just half a block away from where 30-year-old Andrew Baldwin was found with critical injuries on Nov. 11. He later died in hospital and, as of last week, police said they had identified a possible suspect and were trying to locate them.

We were in the area of 124 St and Old Yale Rd in #SurreyBC last night as part of an already ongoing investigation. No further details at this time.