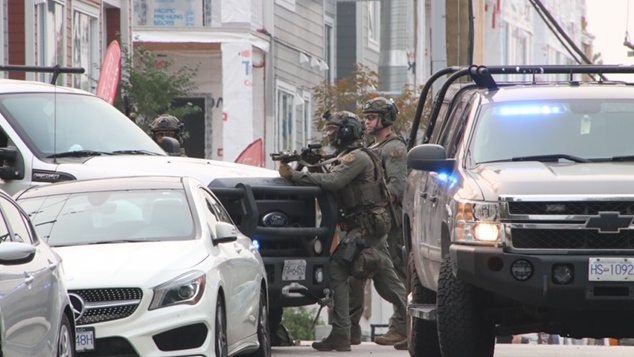 VANCOUVER -- The hold and secures placed on several schools in Maple Ridge, B.C., because of an ongoing police incident have now been lifted.

Ridge Meadows RCMP said in a tweet at 3:15 p.m. Thursday that parents could start to pick up their children.

Mounties had asked for people to stay away from the area while they investigated and a police dog unit combed the surrounding neighbourhood.

Police have not confirmed yet why they were in the area or what triggered the hold and secures to be implemented.

The school district says the safety measure is used when there is a security concern, like a police incident, near the school. Exterior doors are locked and activity in the hallway is minimized. Normal activity is allowed to continue in the school, and the measure is lifted at the direction of police.