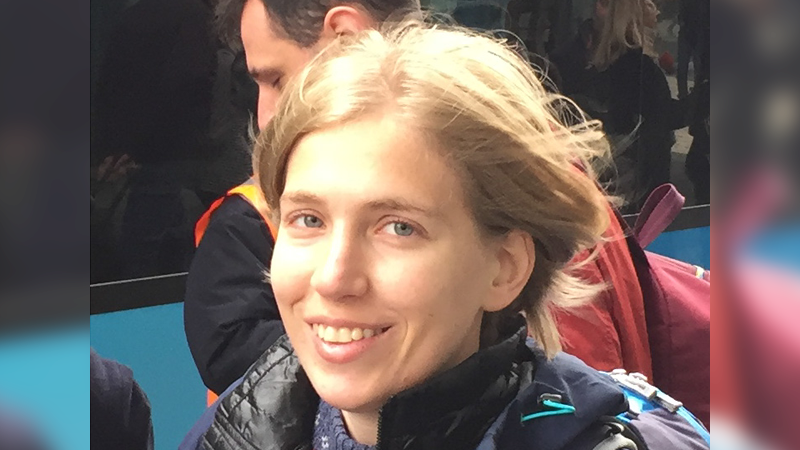 Police believe Amelie Christelle Sakkalis was killed while trying to hitchhike from Penticton to Vancouver. (Handout)

A man arrested and charged in the death of a Belgian tourist last summer has pleaded guilty to second-degree murder.

Sean McKenzie entered the plea Monday, more than a year after the 28-year-old woman who'd been hitchhiking across B.C. was killed.

The 27-year-old had been previously identified as a suspect, and was charged with first-degree murder the month after her death.

The Integrated Homicide Investigation Team said previously that McKenzie is a resident of Oliver, B.C., who has no previous criminal record.

Police said McKenzie crossed paths with Amelie Sakkalis at some point on Aug. 22, 2018, while she was trying to hitch a ride to the Lower Mainland.

It is believed the pair met somewhere between Penticton and the area where her body was found, near Highway 1 north of Boston Bar.

McKenzie was found there too, IHIT said back in 2018, and was taken into custody at the time.

Investigators also linked a white van found at the crime scene to McKenzie, though they did not provide further details on what is believed to have happened.

In IHIT's update this week, officials said only that he'd entered a plea, and that his sentencing hearing was scheduled to begin Nov. 19.

"Amelie's murder was a shock to the community and even for our seasoned investigators," Sgt. Frank Jang said in an emailed statement Wednesday.

"A guilty plea speaks to the hard work and dedication of our investigators, as well it is important to acknowledge the support from our policing partners and the partnership with Crown counsel."