Highway partially closed for hours, some homes temporarily evacuated due to B.C. wildfire 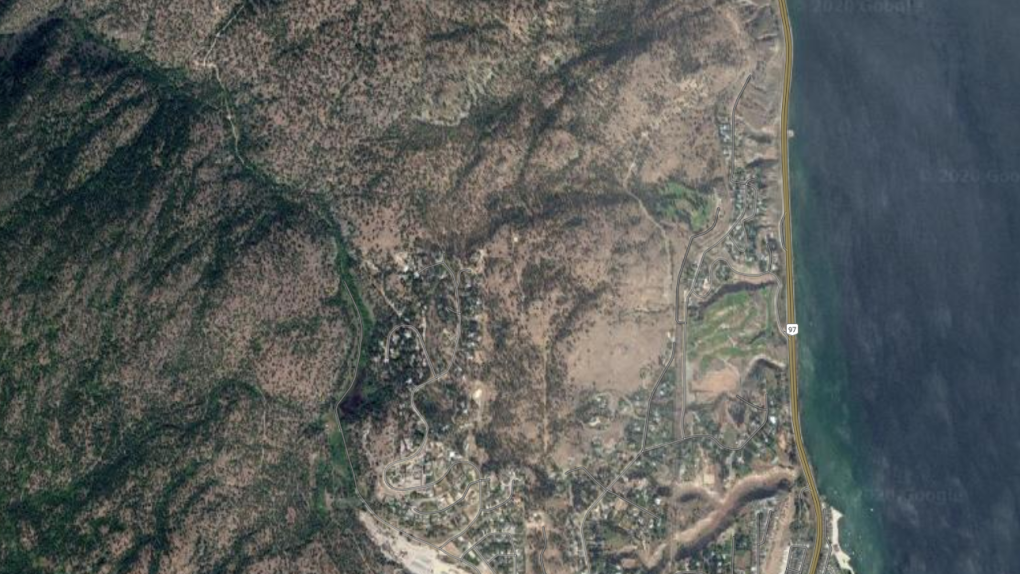 A stretch of Highway 97 is seen in an image from Google Satellite View.

VANCOUVER -- A stretch of B.C. highway was partially closed for hours due to a grass fire north of Penticton, and some homes were temporarily evacuated.

An alert from the province's transportation ministry says Highway 97 was initially closed Thursday morning, but later opened to a single lane of alternating traffic.

During the afternoon, both northbound lanes were open to traffic, but only one was open southbound. The road was fully reopened by 4 p.m.

"Expect delays," the ministry posted on its DriveBC Twitter account of the incident near Sage Mesa Drive.

Additionally, some homes were subject to "tactical evacuation" as a result of the fire. A reception centre was set up for residents at 199 Ellis St., Regional District of Okanagan-Similkameen Emergency Services said in a tweet.

The evacuation has since been rescinded, though some residents may have to wait to go home until fire crews have cleared the area.

The RCMP said the evacuation involved "upwards of 80 homes" and a golf course – all of which were at risk due to spreading flames.

Mounties were at the scene working to control traffic as fire crews extinguish the blaze.

BC Wildfire Service aircraft was seen overhead as crews worked to extinguish the flames.

Police also issued a warning to boaters using Okanagan Lake. The RCMP said they should avoid BCWS aircraft, which were be using the lake in firefighting efforts. A police boat was deployed to assist, Mounties said.

On Wednesday night, the BC Wildfire Service was called to another fire about eight kilometres northeast of Clinton, west of Highway 97.

That fire, as of the latest update, was estimated to be about 0.5 hectares in size.