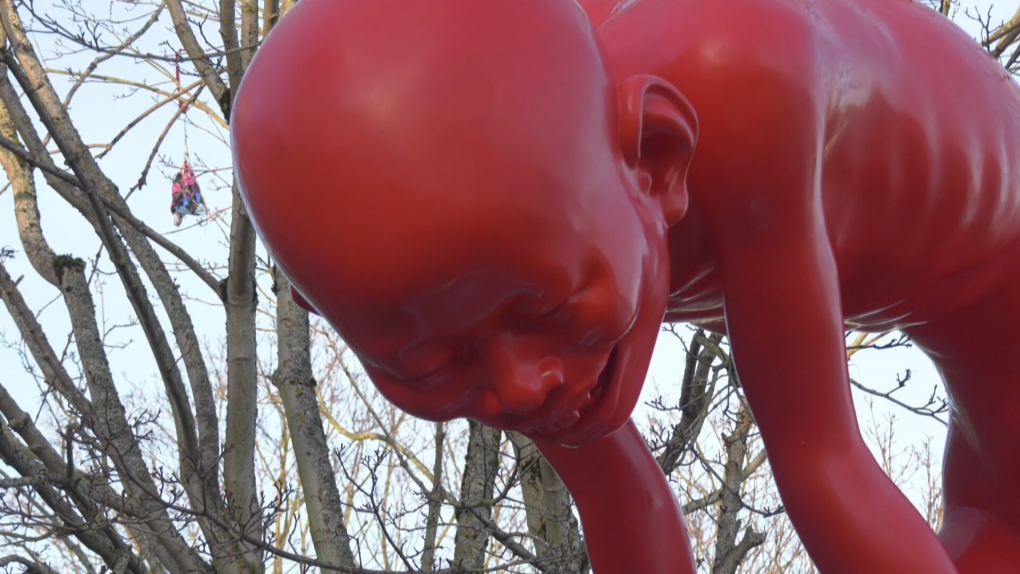 A statue called 'The Proud Youth' is pictured in Vancouver on Monday, March 8, 2021.

VANCOUVER -- Pedestrians and cyclists may have noticed a new addition to the Vancouver seawall.

At a height of 2.6 metres, he's hard to miss. A giant red statue now towers over a section of the pathway in False Creek.

It's new – part of the Vancouver Biennale public art festival.

The statue is called "The Proud Youth," and was created by Chinese sculptor Chen Wenling.

It's supposed to invite viewers to embrace their inner child, the festival website says.

The festival's organizers say Wenling is known for exaggerated forms and bright colours, and that he often uses industrial materials.

This particular statue is part of his Red Memories series, and is named after a popular novel.

"Simple and truthful, this work creates a direct communication between man and nature, and initiates a sincere conversation between people and society. The cheeky expression and arresting pose are a celebratory call to the audiences, inviting them to embrace their inner child."

Read more on the exhibition, including a map of the pieces, on the Vancouver Biennale website. 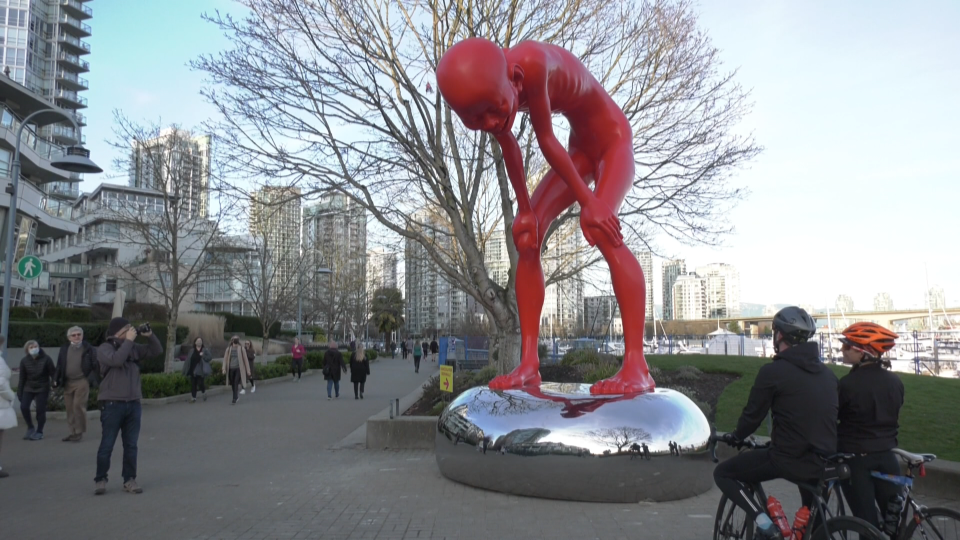