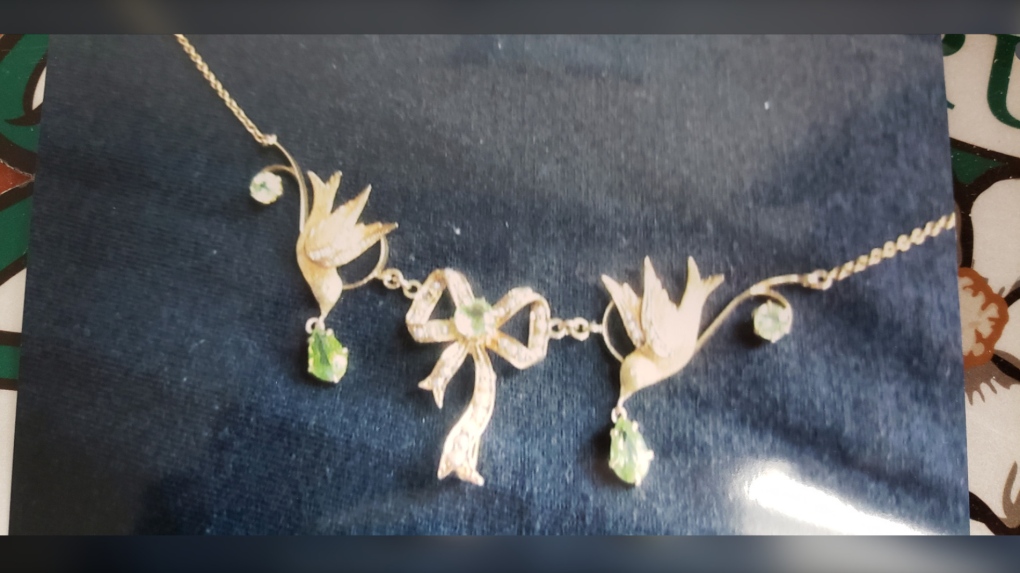 VANCOUVER -- A Delta woman has lost a necklace that's been in her family for more than 100 years, and police are asking the public to help her find it.

The family heirloom was lost somewhere between south Delta and Vancouver when the woman was travelling to the Orpheum Theatre in late December 2019. Cris Leykauf, spokesperson with the Delta Police Department, said the woman reached out to police for help after she was unable to locate the necklace herself.

"She's made many attempts to locate it and retrace her steps. However, she has not had any luck," said Leykauf.

The gold necklace is adorned with a bow and two bird charms, as well as five green gems. Police have not disclosed the value of the necklace, but the woman told investigators that it is very important to her family.

"It is quite meaningful to her, and she would really appreciate a little bit of assistance from the public in trying to get the word out about this, if anyone has seen it or perhaps turned it in somewhere," said Leykauf.