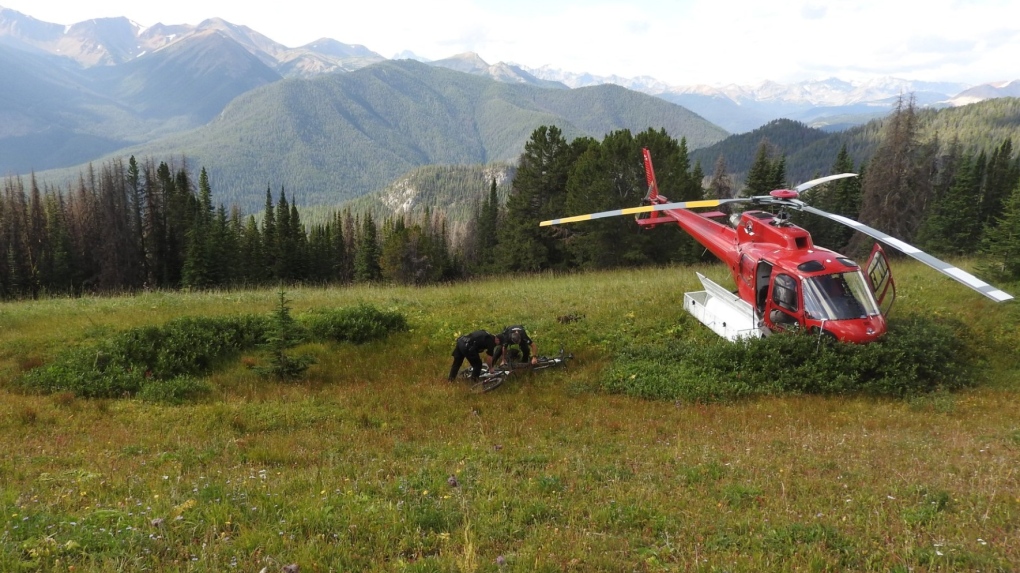 VANCOUVER -- A man was taken to hospital after being attacked by a grizzly near Lillooet, B.C., Sunday.

According to a social media post from the BC Conservation Officer Service, the man was biking along Castle Pass Trail in the Spruce Lake Wilderness Area when he was attacked at about 4 p.m. by a sow with two cubs.

The BCCOS says the man "suffered non-life-threatening injuries to his abdomen and leg." His wife was with him and she used bear spray on the sow, which then left with the cubs.

Photos from the scene shared by BCCOS also showed the bear had bitten through the man's helmet.

Search and rescue crews sent an air ambulance to the area after getting a call from the RCMP and took the man to a hospital in Kamloops. His wife was uninjured.

BCCOS says officers interviewed the man on Sunday and sent its predator team to investigate, finding that the incident was a "surprise defensive attack," meaning no efforts will be made to capture the bear.

"This is the second bear attack in a week in the Lillooet-area, although they are not connected," BCCOS says in its post.

"A man suffered injuries to his arm after he was attacked in his tent on McLean Mountain by a black bear sow with a cub on Aug. 9."

BCCOS says it also found that incident to be a "surprise defensive attack" so no efforts were made to locate the bears.