Grizzly attacks man on his B.C. property after dogs likely provoked it: BCCOS 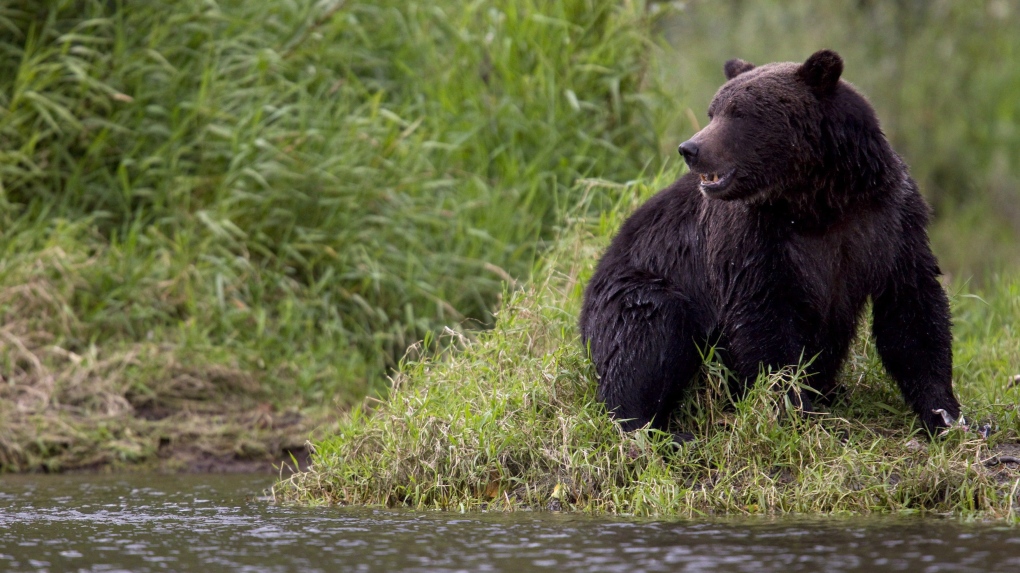 A grizzly bear is seen fishing along a river in Tweedsmuir Provincial Park near Bella Coola, B.C. Friday, Sept 10, 2010. The bears are out and about in Banff National Park. (THE CANADIAN PRESS/Jonathan Hayward)

MALAKWA, B.C. -- A man out for a walk with his dogs has survived an attack by a grizzly bear on his property in British Columbia's Southern Interior.

Conservation officer Tanner Beck says one of the two dogs ran into the bush and likely provoked the bear that lunged at the man in the community of Malakwa.

Beck says the man ended up on the ground and kicked at the bear before being bitten twice.

He says one of the dogs stepped in, allowing the man to escape and drive himself to hospital where he was stitched up and released.

The dogs were not injured.