This week, the grieving mom is calling on elected officials to do more to help young people struggling with mental health and addictions.

Morris’ daughter, Shana Harris, was gunned down in a north Surrey home Feb. 4. Police do not know if she was the intended target. A man was also shot but survived.

“Even looking at her in her coffin…it was almost like it can’t possibly be her,” said Shana’s mom.

An emotional Morris remembers her daughter as “a beautiful person" whose "soul was pure."

But Shana had a troubled life and struggled with mental health and addictions.

“It just escalated to her being homeless and her doing heroin,” her mom explained in an interview with CTV News. 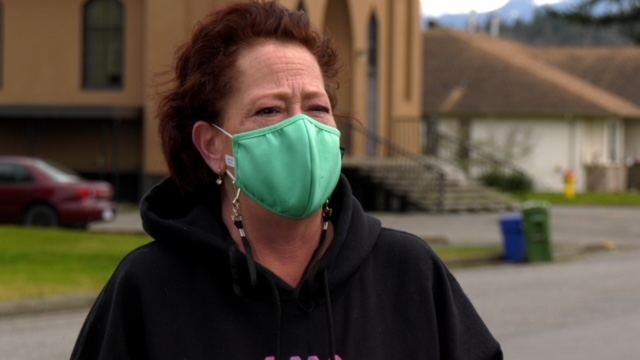 Morris says she tried to get Shana help, but didn’t know where to turn. Shana, who had eight siblings, ended up bouncing between foster homes and group homes.

“There’s a lack of resources for families. So many things are just left up in the air with no resolves,” Morris said.

Shana’s uncle, Ryan Morris, has been reaching out to elected officials, urging them to do more to fill the gaps.

"The lack of supports comes from our leaders down, there’s a lot of frustrated people out there who have been crying out for support,” he said.

He believes that ignoring the problem has had heartbreaking consequences for many families.

“We’re seeing the results on our streets. It’s like an epic failure on a colossal level,” he said.

The family has begun a Facebook page to try and raise awareness, connect with others who might be struggling, and form a unified approach with other groups also trying to bring about change.

“You’ve got literally hundreds of splinter groups out there that are trying to advocate for the same changes we are but because we’re not connected as one network, the voice goes silent,” Ryan Morris said.

As Shana’s family fights for change, homicide investigators seek justice. No one has been charged in the case but Sgt. Frank Jang from IHIT says they are making “good progress."

Meanwhile, Shana’s mom says her daughter deserved so much better, and she urges parents with kids who are struggling to not be afraid to ask for help.