Getting the lead out: Wildlife rescuers desperate to save bald eagles from being poisoned

VANCOUVER -- She’s known as #149 at MARS Wildlife Rescue on Vancouver Island, and she’s lucky to be alive.

The bald eagle was found, prone and unmoving, on a property near Black Creek about 25 kilometres south of Campbell River, then transported a short 10-minute drive to the MARS rescue centre near Merville.

“She is severely lead-poisoned,” said Kiersten Shyian, assistant manager of wildlife rehabilitation at MARS. She is on her second round of chelation therapy: injections and pills to try to remove the lead from her system.

She’s also the fifth bald eagle the centre has had in its care this season that arrived showing various stages and symptoms of lead poisoning. Lead is what’s known as a “heavy metal” and remains in the body indefinitely. It causes respiratory and neurological symptoms that can build up over time and impact the bird’s ability to fly, hunt and see. Some, like #149, are completely incapacitated.

The problem is so common in bald eagles that MARS tests every one it treats, even when the bird is there for other injuries and not showing any symptoms of lead poisoning. 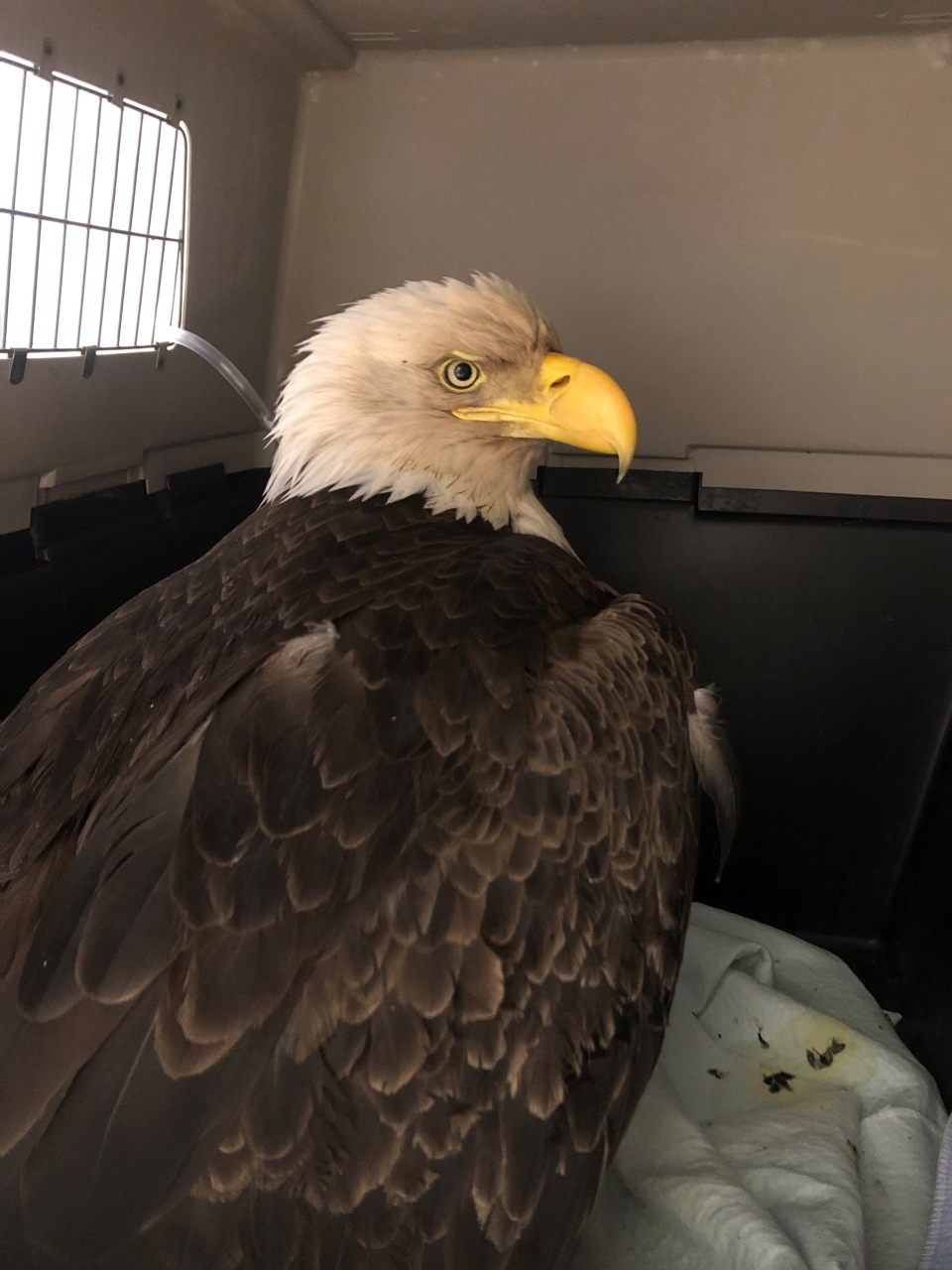 Patient #149 when she was first brought in to MARS wildlife rescue on Vancouver Island. (Photo courtesy MARS.) 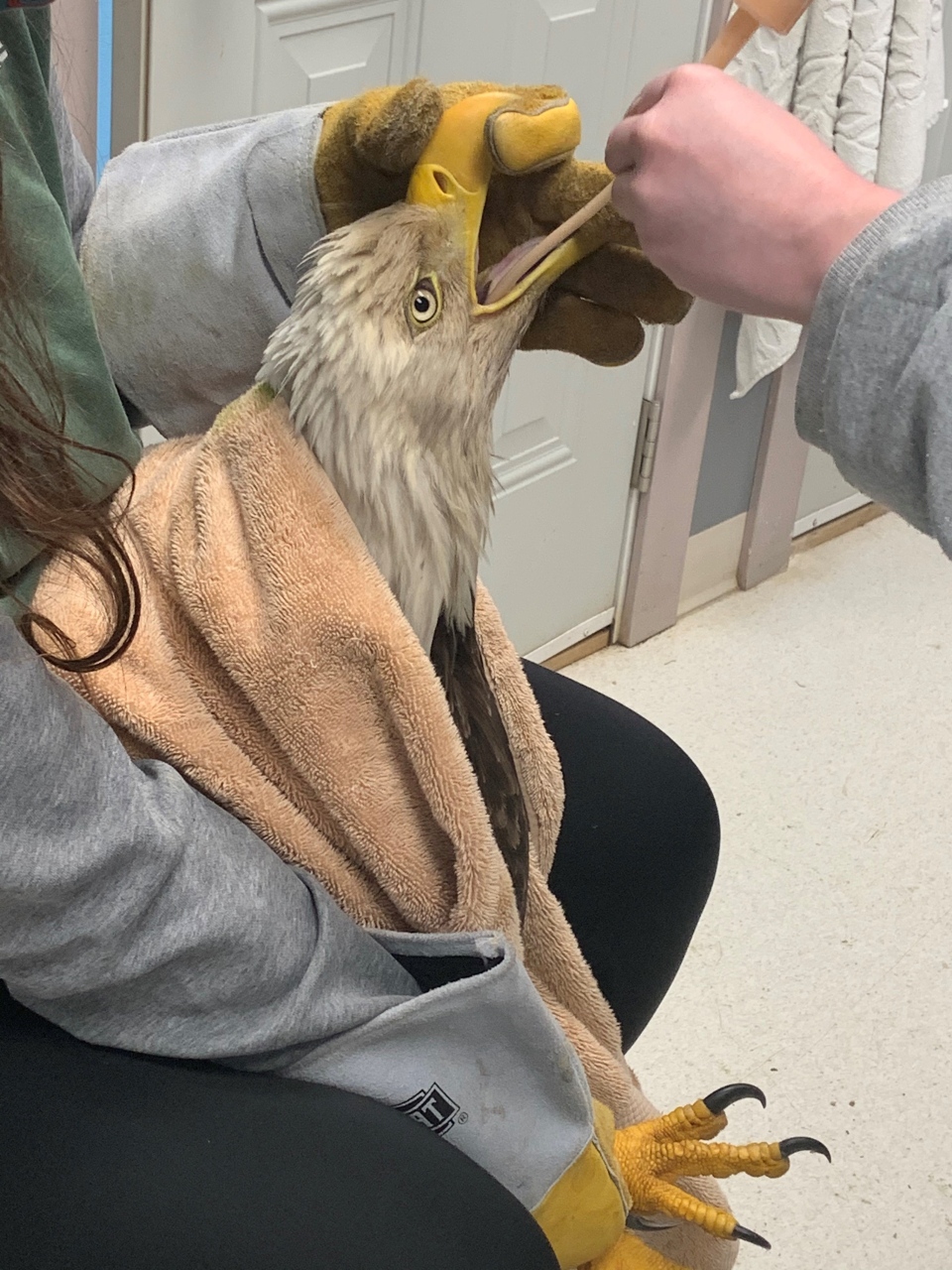 Rescuers and wildlife biologists say the lead in the birds’ bodies comes from them eating remnants of animals that have been killed with lead ammunition used by hunters, or from eating fish poisoned by lead sinkers used by anglers.

Shyian says this time of year takes a toll on the rescue’s caregivers.

“Especially for people who are working with these birds on a daily basis, we see the impact of lead poisoning, we see how painful it is, how much these birds are suffering because of it,” she said in a phone interview with CTV News. “The noises that you hear from a lead-poisoned eagle, honestly, they break your heart.”

She says the sound is unmistakable as the birds literally gasp for breath in an effort to stay alive. Many don’t survive. A bald eagle brought into MARS several days ago showing symptoms of acute lead poisoning perished before the centre could even set up to begin treating it.

It’s an ongoing, sometimes contentious issue that sees a revolving door of sick animals stream through wildlife centres in the province, the country, and other places around the world.

Rob Hope is the raptor care manager at Orphaned Wildlife Rehabilitation Society (OWL) in Ladner. This year alone, the rescue has admitted 15 eagles and four red-tailed hawks. In a phone interview with CTV News he said he believes it’s a fraction of total number of raptor poisonings.

“The amount that are out there is probably astronomical that we would never know about,” Hope said. “They just die out there.”

Only three of the bald eagles and two hawks have survived and remain at OWL. One of the eagles receiving the chelating therapy to counter the neurotoxins, coughed up an almost-one-centimetre piece of lead that Hope estimates was likely in its stomach for about ten days. 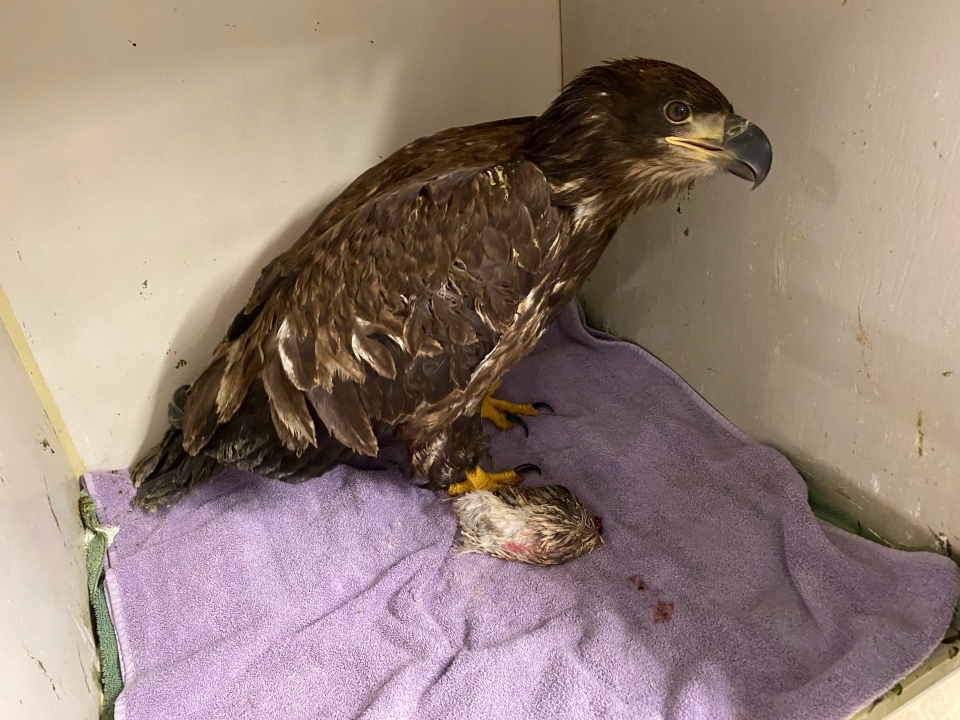 A juvenile bald eagle being treated for lead poisoning at OWL, in Ladner, B.C. It coughed up a piece of lead. (Photo courtesy OWL) 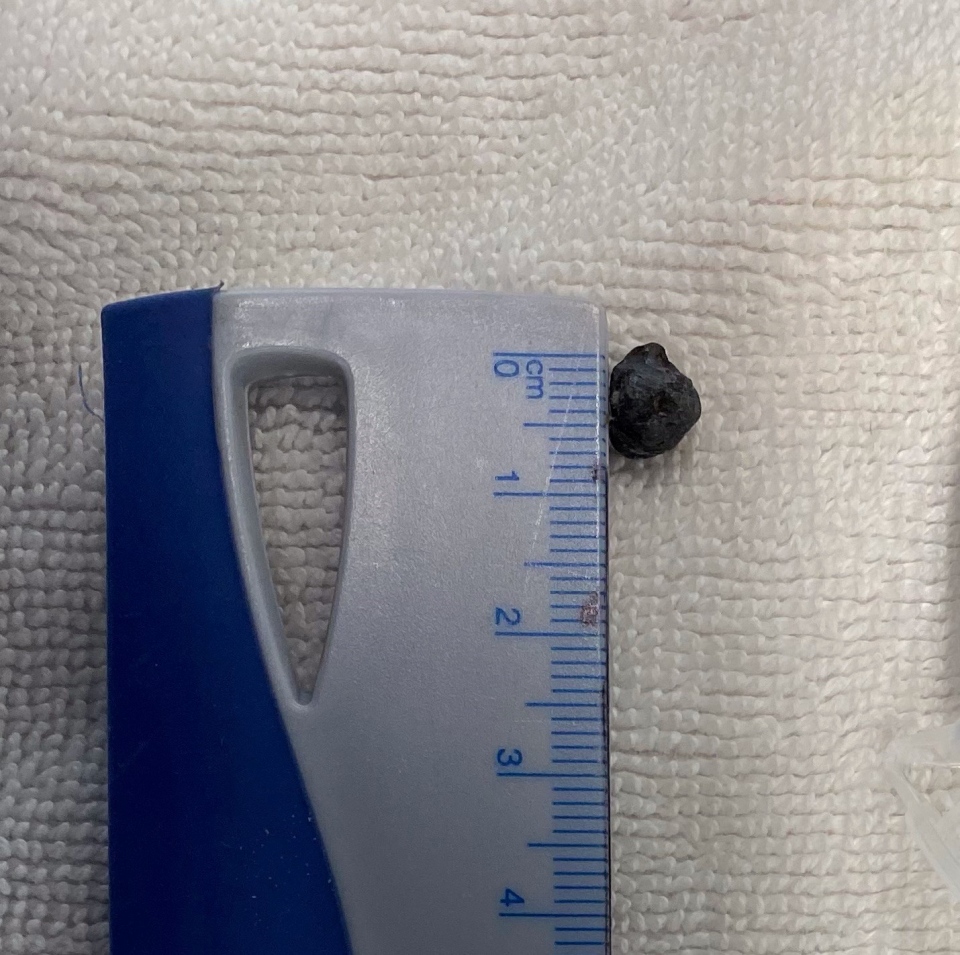 A piece of lead from a bald eagle being treat for lead poisoning at OWL in Ladner, B.C. (Photo courtesy OWL)

He also believes the situation is getting worse.

OWL and other advocates say the answer is clear:

“There is other material that can be used safely that’s just as effective for the job,” he said. “A copper bullet will still kill the animal and rip through bone and muscle just like the lead bullet would, but no side effects for the animal or for the people eating the meat.”

The challenge for advocates is to get those who continue to use lead products to agree to give them up, something both Hope and Shyian believe is doable with awareness and education, working collaboratively with hunters and anglers to get the lead out of the environment and reduce the suffering and death.

“It’s a matter of educating and showing them that there is an alternative,” Hope said.

He believes many of them simply aren’t aware of the problem.

As for #149, she’ll be staying at MARS until she finishes her treatments and rehabilitation. She's still having difficulty breathing, but she’s already gained weight, even though she is clearly displeased with her current situation and not at all a willing patient.

“She’s super, super feisty,” said Shyian.“She’s just one of those birds that she does what she wants, not what you want her to do, which is, like, anything.”