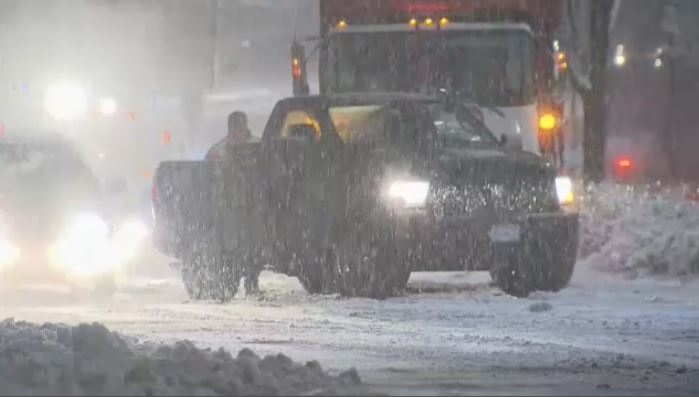 VANCOUVER -- Three in 10 British Columbians say their municipality is getting better when it comes to snow clearing – but residents of northern B.C. were much more likely to give their city a thumbs-up than people who live on the south coast, where snow is a rarity.

In northern B.C., 57 per cent of residents said snow clearing has improved, while just 18 per cent of Fraser Valley residents said the same, according to a poll by Vancouver-based Research Co. Around 30 per cent of Metro Vancouver and Vancouver Island residents gave their municipalities kudos for doing a better job compared to five years ago.

Many residents said the January snowstormthat walloped B.C. forced them to change their daily routine: 39 per cent chose not to drive because of the storm, while 31 per cent said they or someone in their household worked from home. Younger adults between the ages of 18 and 34 were much more likely to say they worked from home because of the snow (39 per cent) than people aged 35 to 54 (29 per cent) or those 55 and older (20 per cent).

Pollsters also asked about two common irritants: neighbours who don't shovel their sidewalks and people who drive without clearing the snow off their vehicles. Half of poll respondents said they'd noticed people not shoveling, while 48 per cent said they'd seen "a vehicle with snow on the top circulating in your municipality."