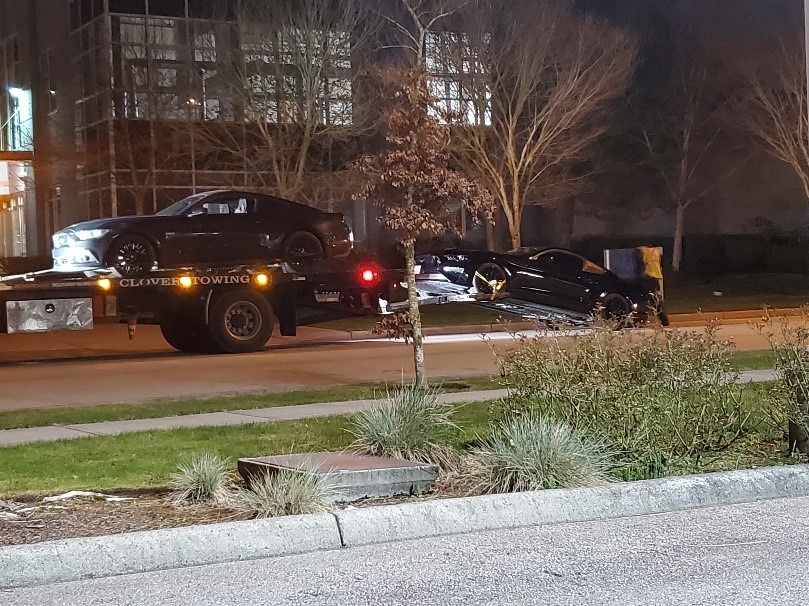 Cars impounded for alleged street racing are pictured in Surrey on April 4, 2021.

The vehicles were impounded for seven days after they were spotted racing down 184 Street near 53 Avenue on the night of April 4, Surrey RCMP said. The Mustangs were said to be going about 135 km/h in a 60 km/h zone.

Each of the drivers was handed a ticket for excessive speeding.

“High risk driving behaviour which includes speeding is one of the leading causes of collisions in B.C.," Sgt. Roger Green said in a news release. “It is fortunate in this case that the vehicles were stopped before anyone was injured.”

After the seven-day impoundment, it will be up to ICBC to determine when or if the cars will be returned to the owners.