For sale on the Fraser: Float homes in Metro Vancouver 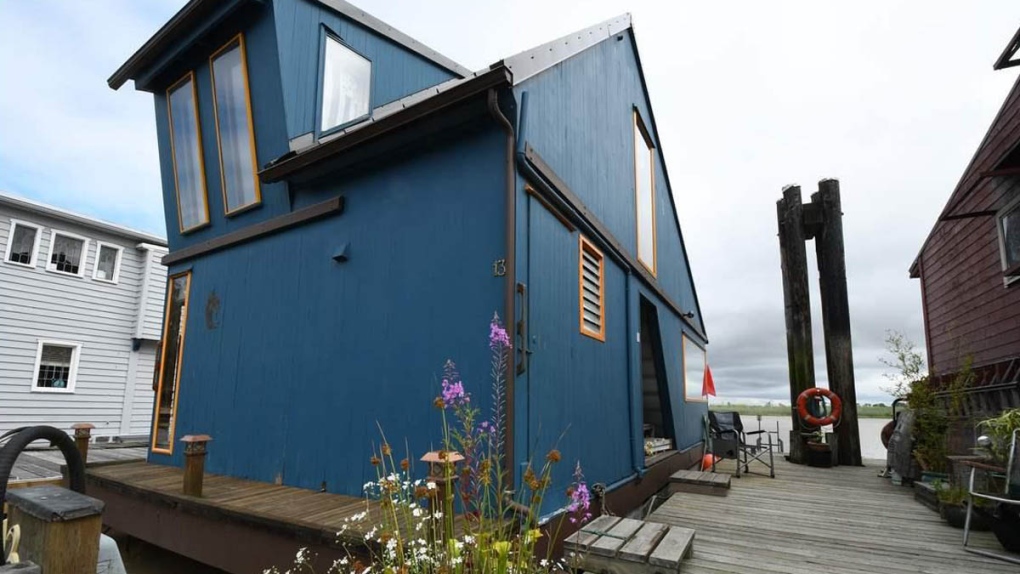 A float home on the Fraser River off West River Road in Delta is shown. (Realtor.ca)

Looking to float your way into the housing market?

Dreaming of a two-storey home located somewhere along the water?

While it may not be what most people think of when they hear about waterfront real estate, there are some options in Metro Vancouver on the market for between $159,000 and $600,000.

For those who can afford a monthly mortgage and a moorage fee, here's a look at some float homes currently listed on Realtor.ca. 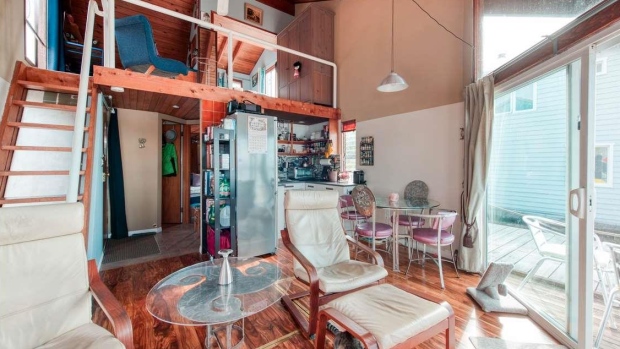 This bright blue option (also shown above) is floating on the Fraser River off West River Road in Delta.

It's listed at $243,900, and described as "funky, cozy, full of charm and possibilities." It has one bedroom, and is moored in a marina near Ladner village.

"In the summerm enjoy the cool evening breeze on your deck as swans and otters play and eagles soar," the listing reads. The future owner of the home, which was built in 1975, has a view of the North Shore mountains.

Moorage fees are not listed. 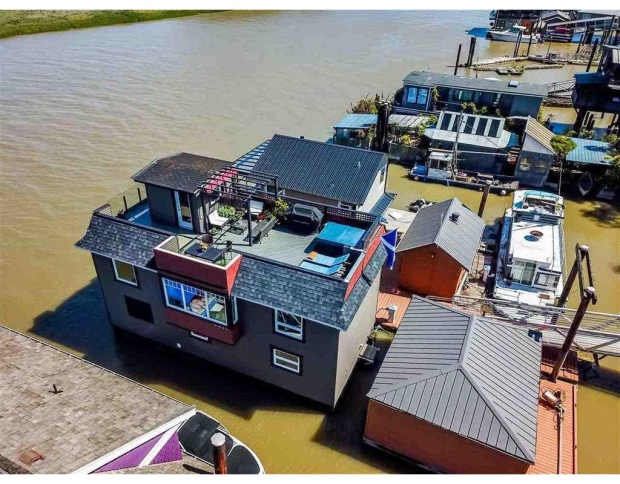 Not far down River Road is a much larger option listed at $449,900. This three-bedroom, two-bathroom home is moored at 4337 West River Rd., and described as "contemporary." 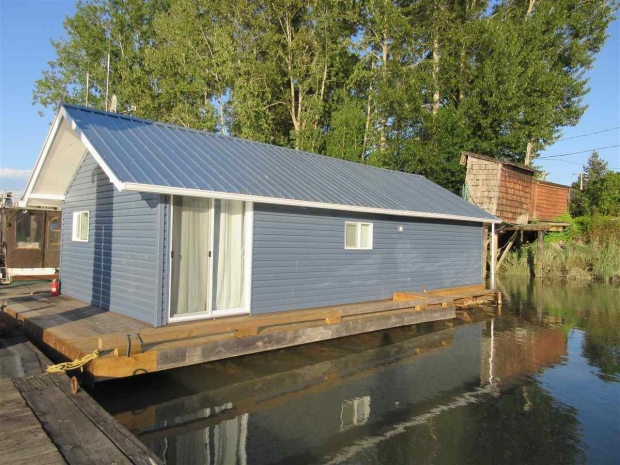 A buyer with a lower budget could find themselves in this West River Road float home for $159,000.

The one-bedroom, one-bathroom home has been recently painted and the metal roof and vinyl siding are new, the listing says. The bathroom has also recently been upgraded, and pets are allowed.

The monthly moorage fee is listed at $900. 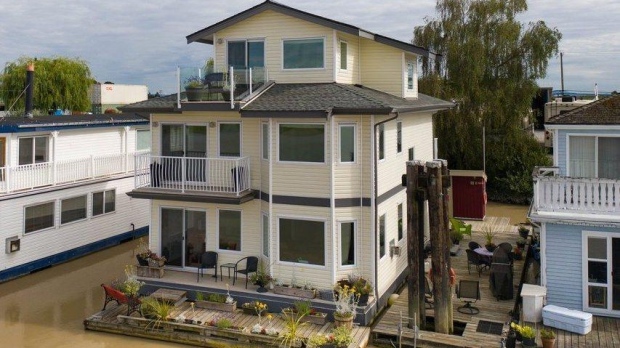 At another marina on the same street, this two-bedroom, 2.5-bathroom float home is available for about $600,000.

The three-storey home has a new roof, fireplace, custom cabinets and views of the mountains.

Moorage fees were not included in the listing. 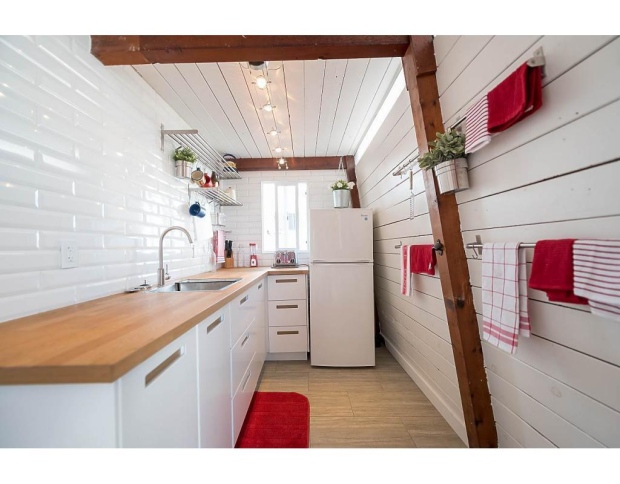 Looking in Richmond? This "not-so-tiny home" is located near the Canada Line, the listing says. The owner is looking for $169,000, and moorage fees are another $990 a month.

The one-bedroom, one-bathroom home has new décor, and a recently upgraded bathroom and kitchen. 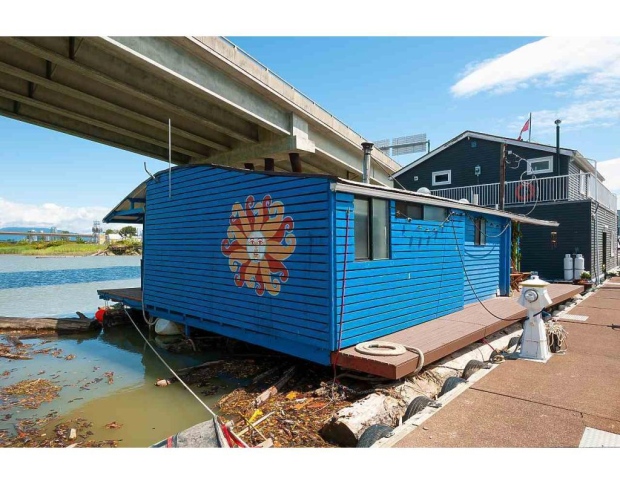 The one-bedroom, one-bathroom home is estimated to be about 100 years, the listing claims, and is priced at $299,000.

Moorage fees are $1,200 a month, but the listing says there's an option to move it to another marina nearby. 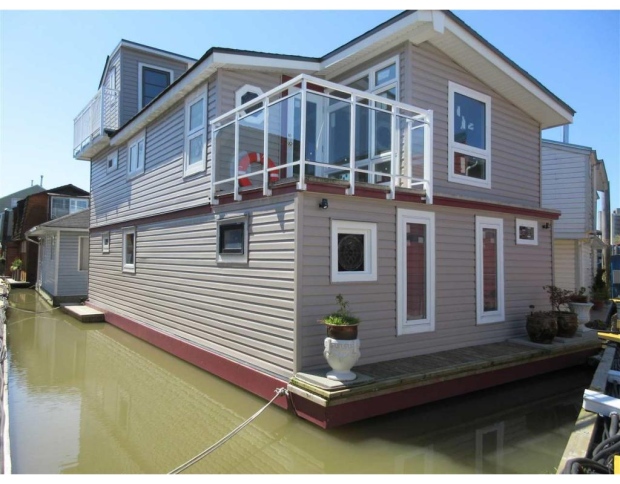 For those interested in a bit more space, this three-bedroom, three-bathroom float home is listed at $419,000.

The seller has recently renovated the interior, plumbing and rooftop deck, the listing says. Pets and rentals are allowed.

Moored in Richmond on an annual lease, it's unclear how much the new owner would be paying per month. 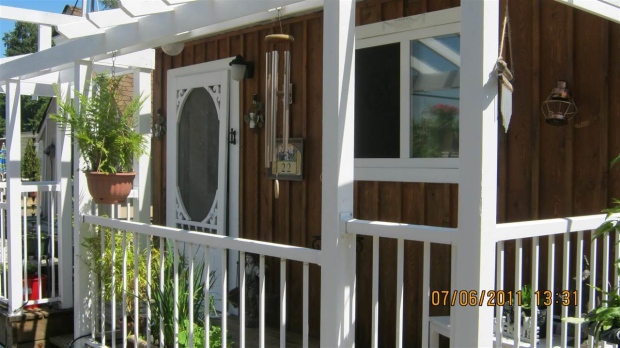 Nicknamed "Ketch 22," according to the listing, this two-storey home moored off Louie Crescent in Langley is listed at $188,000.

It has one bedroom, three decks and is pet-friendly, but there are no rentals allowed at the marina, and residents must be 19 and up.