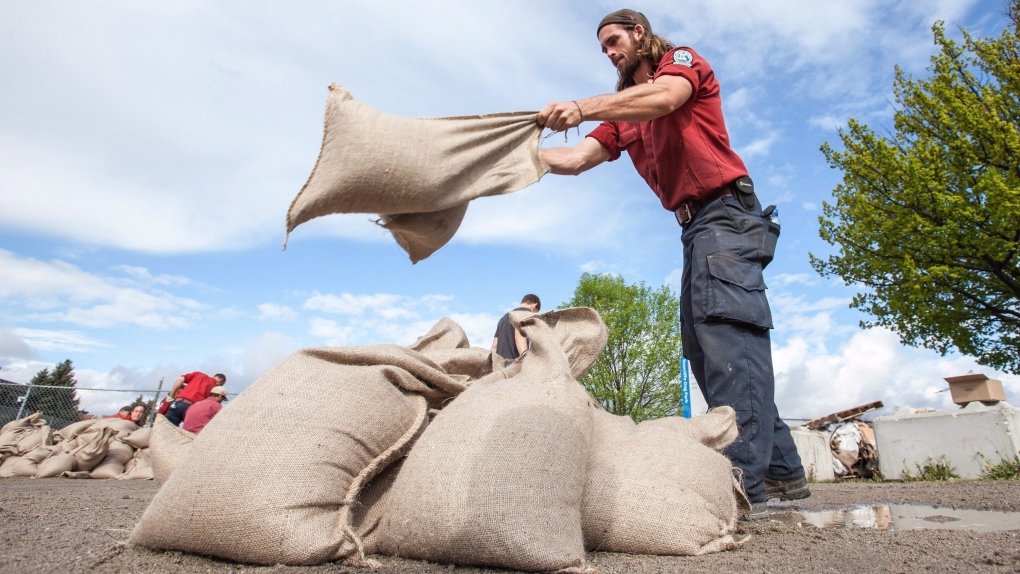 VANCOUVER -- Flood warnings and watches were in effect for a wide area of British Columbia's Interior because of snowmelt after several days of unseasonably hot weather, causing rivers and streams to surge.

The River Forecast Centre posted a flood warning for a section of the Nazko River west of Williams Lake on Saturday as the waterway reached levels only seen about once every decade.

The centre's website says conditions on the Nazko River should ease in the next day but concern remains about another Fraser River tributary, the West Road River, which has also reached flood stage.

Those two spots are within the Middle Fraser Basin region where a flood watch was also posted for the San Jose River south of Williams Lake.

High stream flow advisories have been issued for other central Interior rivers, including the Chilako and sections of the Thompson, with advisories extending north to Prince George and south to Cache Creek and Lytton.

The forecast centre says although snowmelt is slowing across the Middle Fraser region as last week's record heat eases, rising overnight temperatures could force river levels up again and residents should stay clear of fast-flowing waterways and potentially unstable riverbanks.