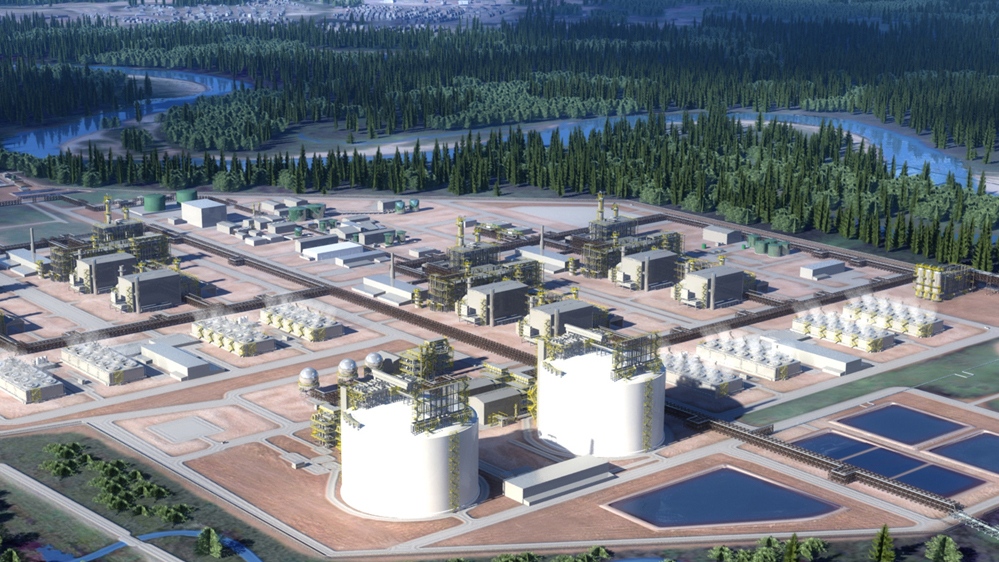 Rendering of the proposed LNG Canada facility in the Kitimat area of northwest B.C. (LNG Canada)

Producers say a positive final investment decision for the Kitimat-based LNG Canada project could eventually encourage others to follow suit, creating the demand needed to soak up Western Canada's glut of natural gas.

Reports have suggested the estimated 40-billion-dollar gas liquefaction plant and pipeline that was delayed in 2016 could be officially sanctioned as early as next week.

He says if one plant gets through the process, it will give confidence to other proponents too.