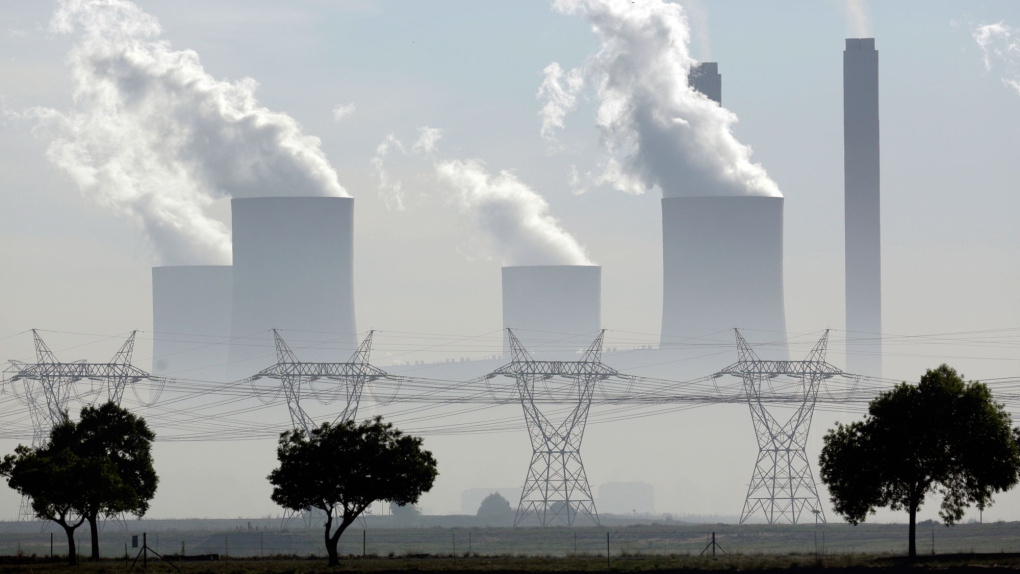 VANCOUVER -- A lawyer for the Canadian government says a lawsuit filed by 15 youth from across the country should be dismissed because their claims about harms related to alleged failures on climate change policy are too broad and unprovable.

Joseph Cheng told a Federal Court hearing that greenhouse gas emissions are cumulative, historic and a worldwide problem affecting all countries so Canada cannot act alone to resolve the impact of climate change.

"We don't disagree that it is expected to worsen over time," he said Wednesday, adding international governments as well as provinces and territories would all have to take action while enacting regulations on several industries as the effects of emissions will be borne by future generations.

The lawsuit filed in October 2019 by youth who are now between 11 and 20 asks the court to compel Canada to develop a climate recovery plan based on the best available science.

"Ultimately, the plaintiffs want the court to force Parliament to take a different approach to climate policy and to enact reforms that they believe will achieve greater reductions in GHG emissions than are currently targeted," Cheng said.

The question for the court is whether it should be weighing in on policy decisions, he said.

"These decisions would include how to structure and quantify carbon pricing, whether and in what circumstances to permit oil and gas extraction, how to defray and mediate the economic impacts of GHG emissions in different regions of the country that may be impacted," said Cheng, who represents the attorney general of Canada.

While the cause of combating climate change is legitimate and all Canadians should be encouraged to take action, it's not the role of the courts to tell the government to have a policy plan and to comply with it, he said.

Extreme weather events caused by climate change, such as floods and wildfires, are one of the defining issues of our time that affects everyone and a trial to determine the federal government's response is not warranted, Cheng said.

However, he agreed with the plaintiffs that Canada is not on target to meet its own commitment to reduce emissions this year after signing and ratifying three international accords to act on climate change.

They cite the federal government's purchase of the Trans Mountain pipeline in 2018 as an example of its negative actions.

Youth are disproportionately affected by air pollution and other consequences of greenhouse gas emissions because their vital organs, including the lungs, are not fully developed, the lawsuit claims.

Sierra Robinson, 18, is among the plaintiffs alleging they suffered individual injuries as a result of the consequences of climate change.

Robinson said in an interview that rising temperatures have increased the population and range of disease-carrying ticks on her family's farm in the Cowichan Valley on Vancouver Island. She contracted Lyme disease around age 13 after being bit by a tick.

She said she experiences chronic fatigue, severe headaches and muscle pain and spent much of the summer in a wheelchair three years ago because she could not walk and would faint.

"It should have been adults and the government taking responsibility for these issues because our government has known about climate change for so, so long," said Robinson, who joined plaintiffs to announce the lawsuit almost a year ago at a Vancouver rally attended by Swedish activist Greta Thunberg.

She said low water pressure on her farm due to drought in 2016 meant the family had to give drinking water to their livestock over watering crops and increased wildfire smoke near her home two years ago worsened her symptoms.

The plaintiffs claim the federal government is violating their rights to life, liberty and security of the person under Section 7 of theâ€¯ Charter of Rights and Freedomsâ€¯as well as their right to equality under Section 15 because they are disproportionately affected by climate change.

However, Cheng said the constitutional claims cannot succeed because the plaintiffs don't say any particular government action applies to Section 7 and no benefits are being granted to others that in some way result in discrimination against them as part of a Section 15 argument.