VANCOUVER -- Canucks players and coaches were ready to take the ice Sunday for training camp when word came a player had tested positive for COVID-19.

Everyone was sent home, that player was tested again, and two subsequent tests came back negative. That cleared the way for camp to resume on Monday.

The player who initially tested positive did not skate with his teammates on Monday. Following NHL protocol, he is now waiting for a third negative test result before he will be cleared to play.

“Our team hasn’t gone through a lot of scenarios with COVID, so yesterday being our first one, and it was good to be able to get back on the ice today,” said head coach Travis Green, who called the first test result a false positive.

Canucks open their regular season schedule in Edmonton on Wednesday. With Canadian division teams travelling from city to city as opposed to remaining in a bubble, Green expects there will be other COVID interruptions.

“We’ve seen in other sports and we’ve already seen it in our sport, so it’s probably going to be that way, it’s going happen,” Green said. “The next time it happens, it won’t be that big of a surprise.”

"Luckily we were told it was a false positive, but I’m glad this happened to give everybody a wake-up call now than later on," Horvat said. "We have to keep following the proper protocols to make sure everybody is safe and healthy."

“It’s going be a little bit of uncertainty throughout the season with this kind of stuff, and hopefully it doesn’t happen with our group too often," he said. "As Bo mentioned, it’s a wake-up call.” 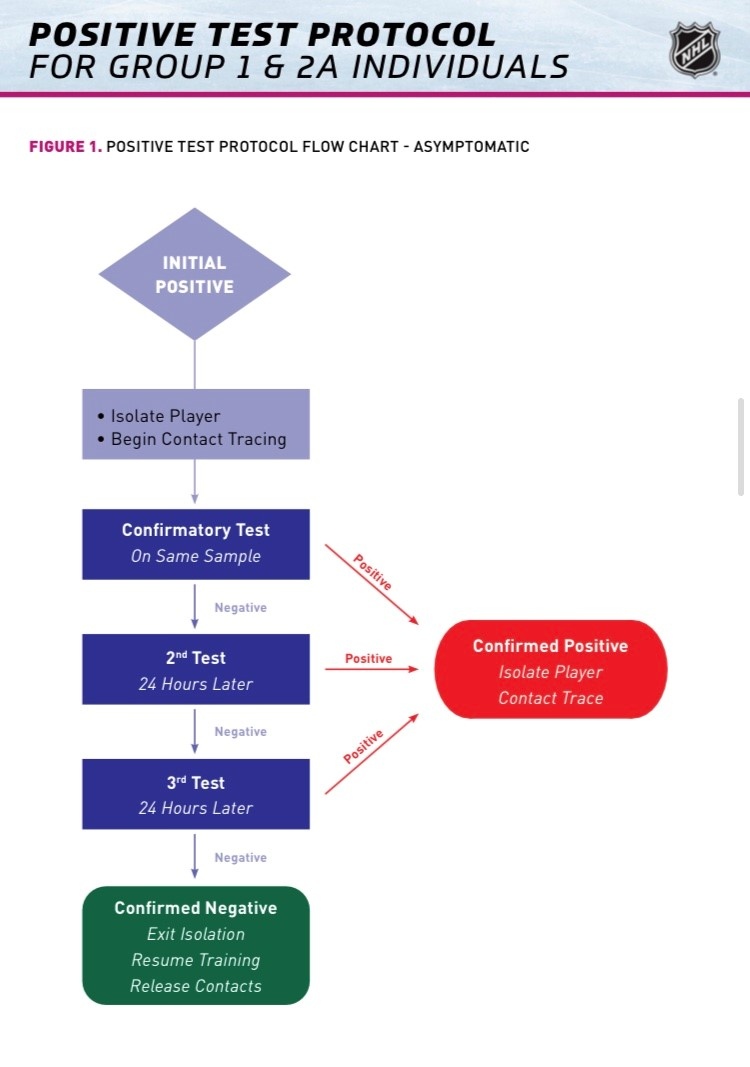