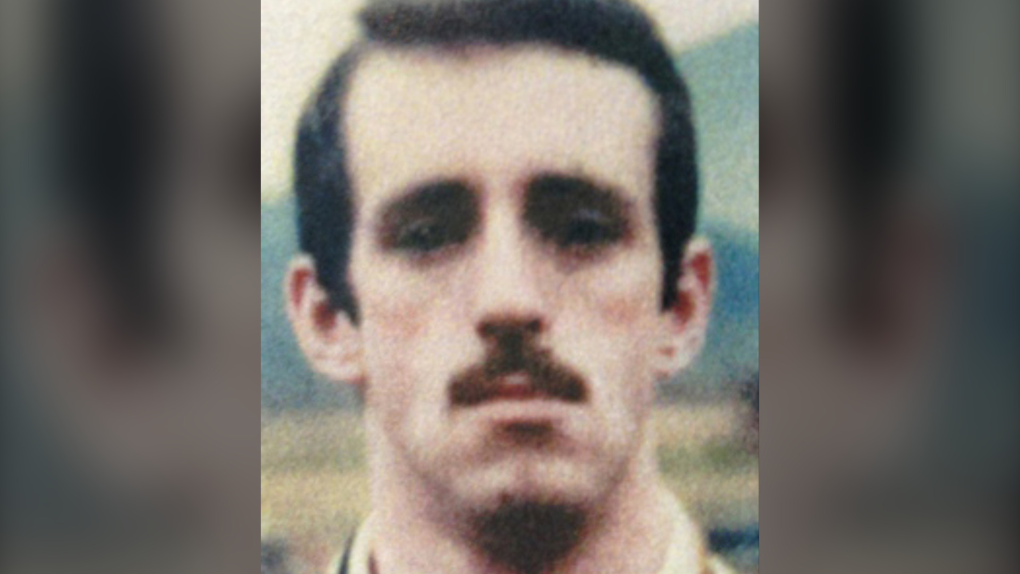 Alan John Davidson is accused of assaulting eight minors in the 1970s and 1980s while he was a minor hockey and baseball coach. (RCMP handout photo)

VANCOUVER -- A former Mountie and sports coach convicted of sexually abusing young boys in British Columbia and Saskatchewan has been granted day parole.

The Parole Board of Canada denied Alan Davidson full parole but ruled the 64-year-old likely won't present a risk under day release with special conditions.

Davidson was sentenced to almost six years for abusing seven boys in the late 1970s and early 1990s.

Court heard that Davidson's offences began in British Columbia, where he abused boys he met through coaching hockey and baseball.

Davidson was later hired as an RCMP officer and worked in Saskatchewan, where the court heard he targeted two other boys, and he was working as a deputy sheriff in Calgary when he was arrested in 2014.

The board says the Correctional Service of Canada has recommended he be released to a facility on Vancouver Island.

“The Board does not lose sight of the fact that your offences spanned several years and caused serious harm to your victims,” said the parole board's decision.

“The Board also weighs that your offences are quite dated - committed between 43 and 28 years ago ... release on day parole will contribute to the protection of society by facilitating your reintegration into the community as a law-abiding citizen.”

Davidson is eligible for full parole in April.

This report by The Canadian Press was first published Jan. 23, 2020