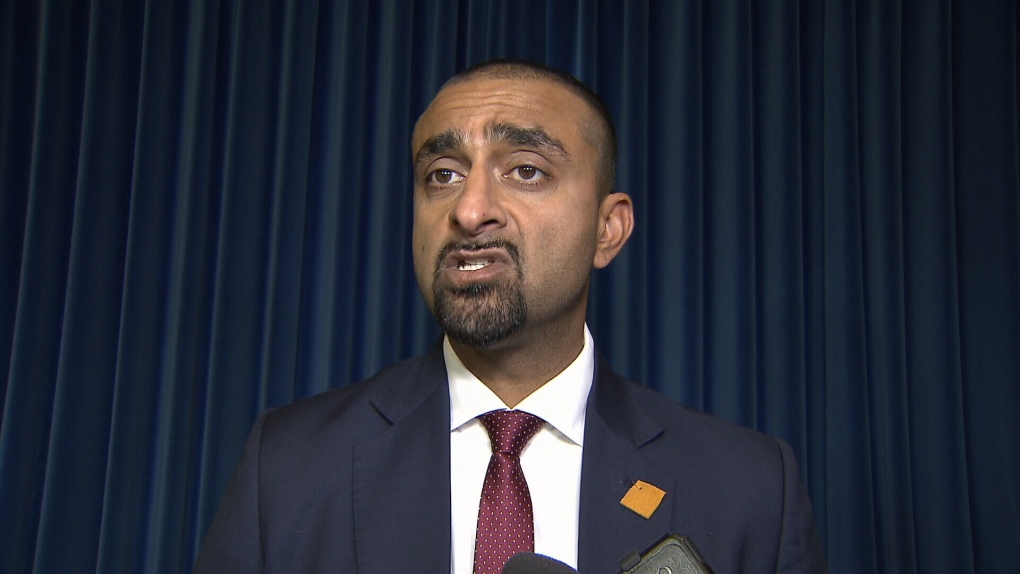 MLA Ravi Kahlon is seen in this file photo from February 2019.

VANCOUVER -- The British Columbia cabinet minister appointed to lead the province's COVID-19 pandemic recovery says he plans to mount a large team effort from inside and outside of government to spur economic success.

Ravi Kahlon, a former Canadian Olympian in field hockey, said he will look to involve ministries, businesses, communities and workers in an effort to provide immediate help to struggling businesses and steer towards a post-pandemic future focused on innovation.

“We have to have everyone working together,” he said in a recent interview.

“You look at how businesses have worked together with government to deliver pieces during the pandemic,” said Kahlon. “That's the same mentality we're going to need when we get out. We can put critical pieces in place, incentives and supports, so that we can bounce back at a rate which most people in B.C. expect.”

Kahlon, 41, who previously served as a parliamentary secretary in the forests ministry and led the reintroduction of B.C.'s Human Rights Commission, said he will consult broadly on the recovery.

He also provided each of the 37 ministers, ministers of state and parliamentary secretaries with individual mandate goals.

Among the goals for ministers are: free transit for children 12 years old and younger, drop the seven per cent provincial sales tax on e-bikes and consider public condominium insurance if the issue of skyrocketing rates is not resolved by 2021.

Horgan asked Kahlon to “deliver initiatives that will directly support small businesses and build an inclusive economic recovery across B.C.”

Prof. Tom Koch, a medical geographer at the University of B.C. who specializes in mapping diseases, said Horgan's cabinet should spend more time fighting today's pandemic than looking to a recovery.

Koch said economic recovery should play a part in Horgan's cabinet and government direction, but at this time when cases are surging, the premier appears to be saying, “do we basically want to start planning the victory parade in the second quarter.”

Kahlon said he expects businesses, communities, governments and people to work together to battle the pandemic.

“I think the pandemic is going to push societies to a place where innovation will be critical and I think we're well-positioned in B.C. to be not only leaders in Canada but I think world leaders.”

This report by The Canadian Press was first published Nov. 29, 2020.

1 year of COVID-19 in B.C.: Province marks milestone in the pandemic

Scroll through this timeline of the 1st year of COVID-19 in B.C.

'We'll come down on you like a ton of bricks,' B.C. premier warns visitors who disobey guidelines