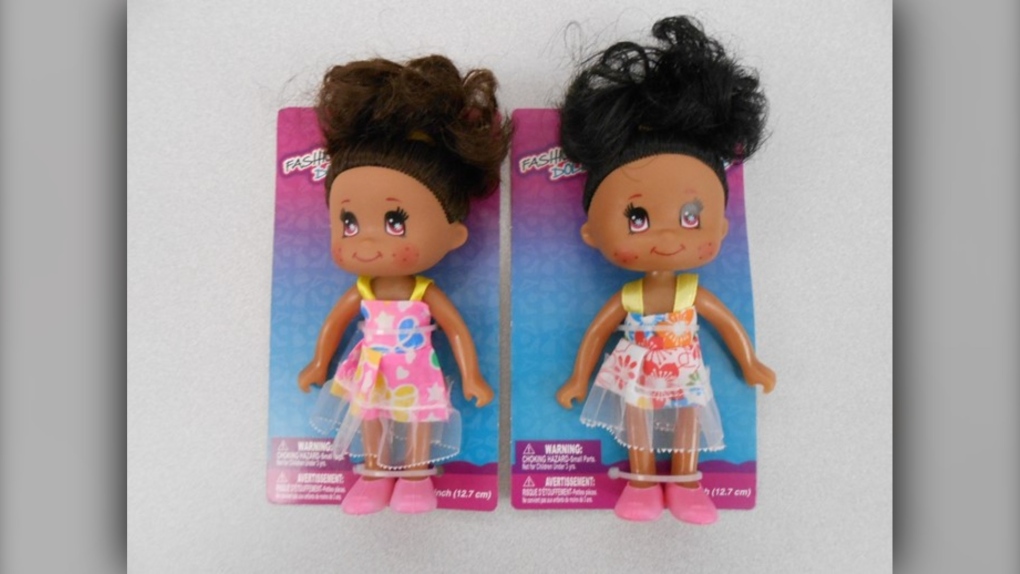 VANCOUVER -- Plastic toys labelled "Ethnic Fashion Doll" and "Lovely Gal Fashion Doll" are being recalled over a chemical that could pose a hazard to young children.

Health Canada said the heads of the dolls may contain unsafe levels of phthalates, a chemical that's sometimes used to soften plastics and increase their flexibility.

"Studies suggest that certain phthalates, including DEHP, may cause reproductive and developmental abnormalities in young children when soft vinyl products containing phthalates are sucked or chewed for extended periods," the agency said in its recall.

Canada has banned the use of DEHP in cosmetics, medical devices and children's toys since 1994.

The recalled dolls were manufactured in China by a company called Jinbi and distributed in Canada by Burnaby-based DTSC Imports.

Health Canada said about 5,500 of the dolls were sold from last September to December, and that there have been no reports of injuries or incidents as a result.

Any parents who purchased one of the dolls are still advised to take the toy away from their child "immediately" and return it to the store for a full refund, the agency said.