SURREY, B.C. -- It was an emotional day of various reunions at Peace Arch Provincial Park Saturday.

The provincial park was reopened mid-May and it’s been bringing a steady stream of people from both sides of the Canada-U.S. border.

At Surrey’s 0 Avenue, honking and celebratory “happy birthday, Emerson” shouts could be heard in the neighbourhood as the four-year-old waved and clapped from the American-side of the Peace Arch Historical State Park.

Emerson’s grandfather, Doug Lucas, organized the parade of “monster trucks” – vehicles that were dressed up with googly eyes, dinosaurs, balloons and party streamers.

“He realized he wasn't able to invite all the people that he wanted to come to his birthday party, so we said, ‘OK ... Let's do a Canadian parade past Emerson,” Lucas said.

About a dozen vehicles drove past Emerson and his family. The brief encounter was the closest the grandparents had been to their family, which lives in Blaine.

“It's going to be tough to be close but out of reach,” said Judy Lucas, Emerson’s grandmother.

As the couple’s truck neared Emerson, they hopped out and gave the family air hugs. 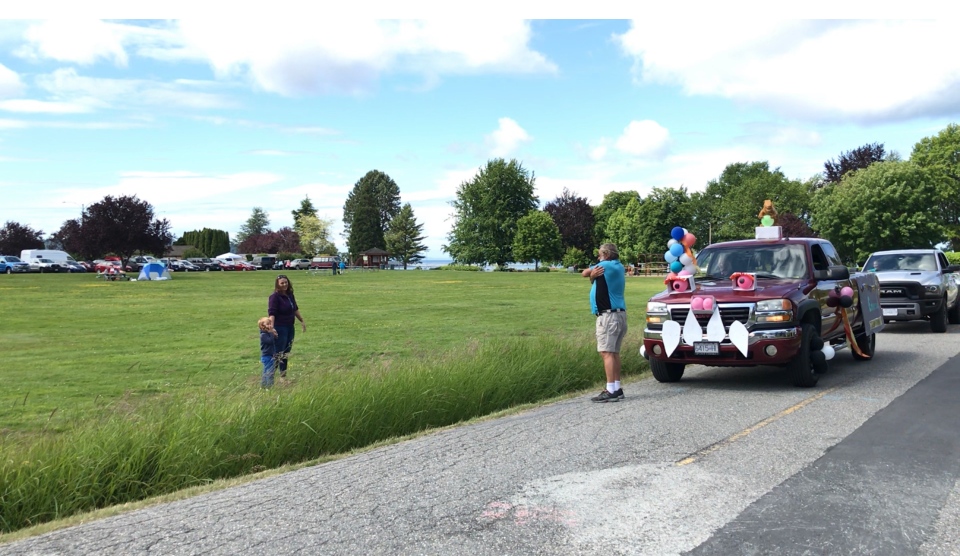 “It meant a lot to see them today and for them to come out and do this,” said Nicole Fink, Emerson’s mother.

As the parade was finishing, twin sisters were reuniting under the Peace Arch after months apart.

“I think that's the longest that we haven't seen each other: three months,” said Wilma Myren, who lives in Ferndale, just 25 minutes south of the border.

Grace Groot, who lives in Fort Langley, says the sisters were practically inseparable.

“We went to different colleges and we missed each other so much that she actually came to the same college that I was at,” Groot said as she reminisced on their younger years.

That’s why when they finally met face-to-face, the reunion felt especially emotional. 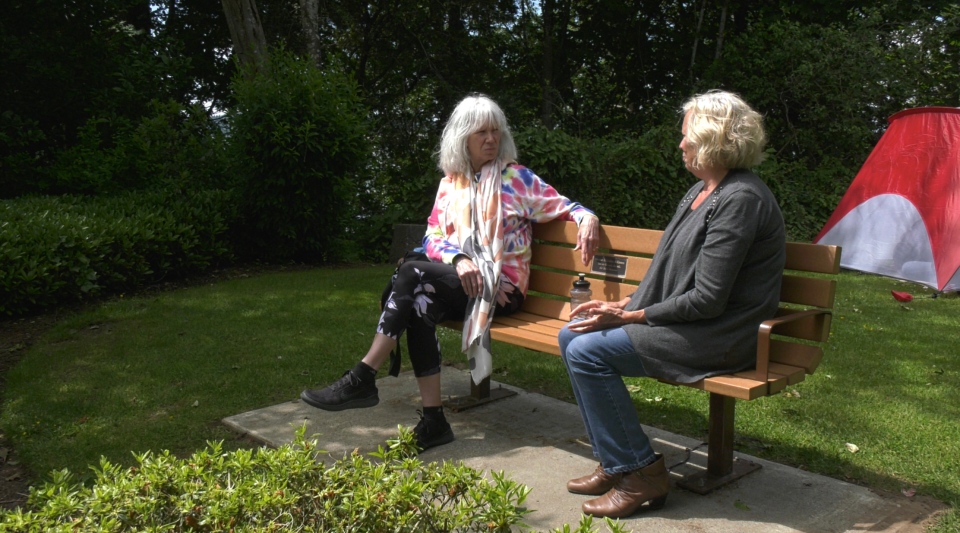 Tears were also streaming down the faces of Tsawawssen’s Larry Oberst and his daughter, Stacey Peterson, who lives more than two hours away in Maple Valley, Wash. 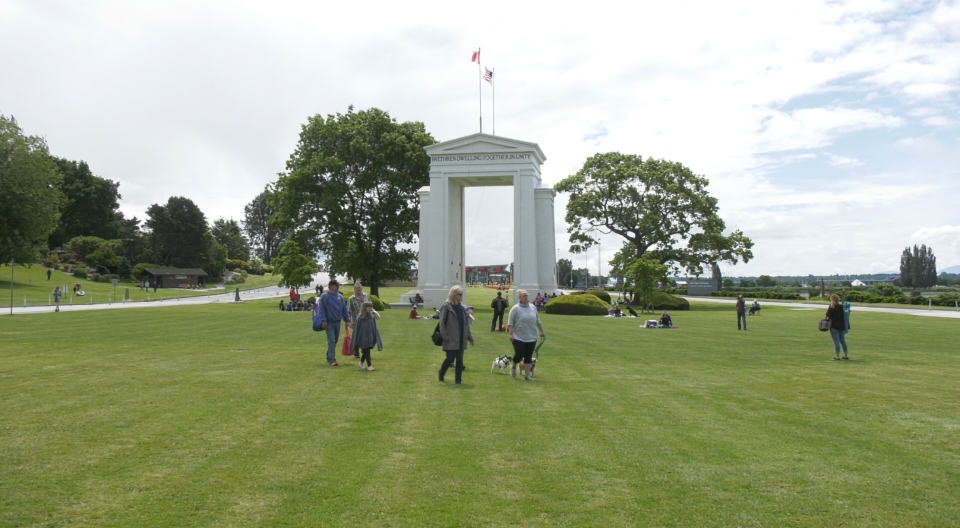 Oberst is anxiously waiting for an announcement that border restrictions will ease for families.

“We’re hoping they can figure this out so at least families can get together,” he said.

Last week, the prime minister said the federal government is examining ways of possibly loosening restrictions at the Canada-U.S. border that could allow immediate families to reunite.