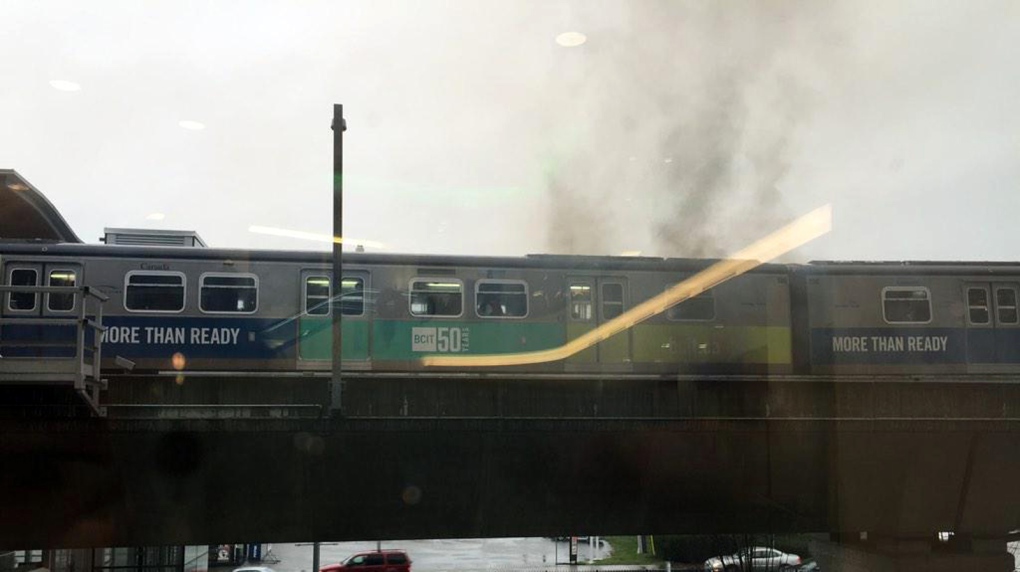 A problem with a Canada Line train halted SkyTrain service in Richmond for several hours Saturday.

Reports surfaced on social media that a train car may have caught fire at Aberdeen Station, but TransLink only said the problem may have been due to an electrical fault.

Black smoke could be seen coming from the Canada Line train in a video posted by the website Vancity Buzz.

The company says service was shut down between Aberdeen and Richmond-Brighouse while crews worked to fix the issue.