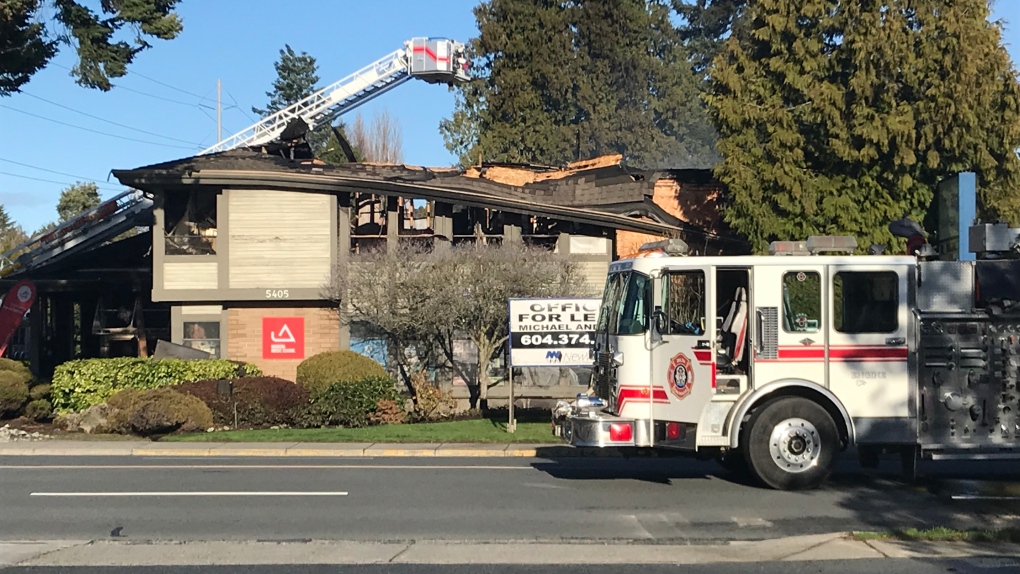 VANCOUVER -- A Delta business has been completely destroyed after an early morning fire tore through it on New Year's Day.

Police say crews were called to Serenity Dental on 12th Avenue in Tsawwassen at about 4 a.m. They say the building was "significantly damaged" in the fire.

"Fortunately there have been no reported injuries," said Cris Leykauf, spokesperson for the Delta Police Department, in a news release.

"Police evacuated residents from several nearby homes overnight to ensure public safety and emergency social services was engaged to assist those impacted."

Serenity Dental's owner, Dr. Crista Walker, posted on Facebook that "everything is gone" from the business after the blaze.

"I am crying as I write this," she wrote. "Super grateful to all the firemen that helped last night and no one got hurt."

Walker added clients can email her with questions, but that updates will continue to be posted on the dental office's Facebook page. She plans to look for a temporary space until she can move the business to a recently purchased building in Boundary Bay, the post says.

Delta fire crews say the fire is under control, but as of 12:30 p.m., wasn't completely out. Traffic is expected to be disrupted in the area while work continues, but nearby residents have been allowed to return to their homes.

The cause of the fire isn't yet known, police say.