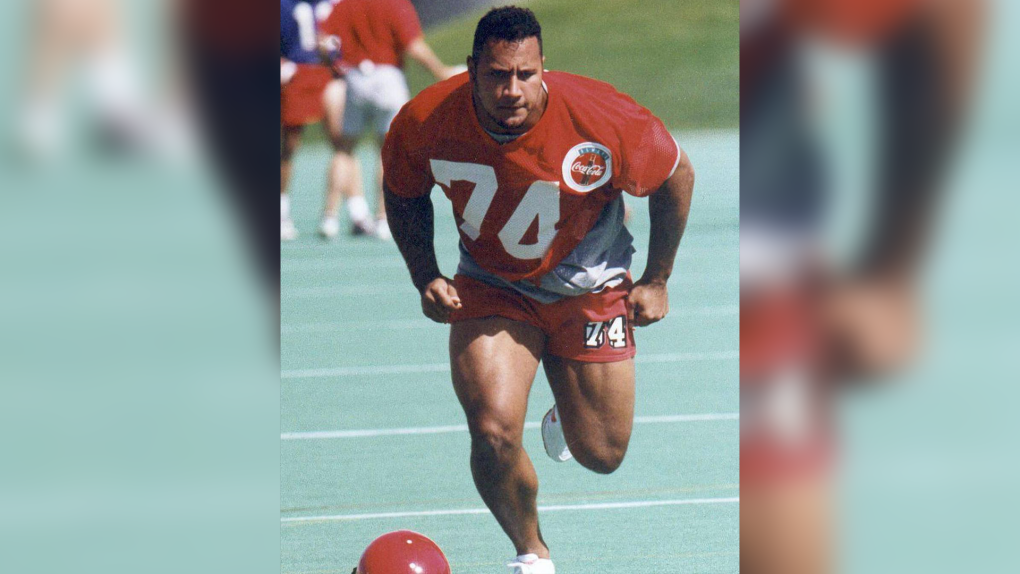 Dwayne 'The Rock' Johnson did not realize his goal of playing in the CFL, but still credits the league for changing his life in ''more ways than one.'' (Instagram/ TheRock)

VANCOUVER -- "The CFL changed my life."

That is the message from Dwayne "The Rock" Johnson, despite never reaching the level of success he wanted in football.

Now one of the entertainment world’s brightest stars, he is thanking a BC Lions legend and the CFL, as his own football league enters significant talks of partnership with the Canadian league.

Johnson fired off a lengthy Instagram post Thursday, saying he is excited as an owner of the XFL, an American football league separate from the NFL, about the opportunity of a partnership or alignment. The two leagues made the announcement on March 10.

"There’s a real pulse here because you can feel the unique opportunity we can potentially create together," Johnson wrote.

His football career started taking shape while he played on the defensive line at the University of Miami in the early 1990s. With dreams of a place in the NFL one day, Johnson joined the Calgary Stampeders in 1995.

He was cut from the practice roster.

"The CFL sent me home. I was still grateful to a man who would eventually become a mentor and friend, Wally Buono for even giving me the opportunity. I had $7 bucks," he wrote.

Consequently, the name of the company Johnson started along with his business partner and ex-wife, Dany Garcia, is Seven Bucks Productions.

Johnson subsequently followed his late Canadian-born father, Rocky Johnson, and entered professional wrestling after leaving the CFL. He joined World Wrestling Entertainment (then WWF) in 1996, becoming "The Rock," before embarking on a successful acting career.

Johnson purchased the XFL last year with Garcia and company RedBird Capital for US$15 million. The expectation was it would resume play in the spring of 2022.

The XFL was first introduced in February 2000 by WWE executive Vince McMahon and Dick Ebersol, then the chairman of NBC Sports, as a fun alternative to the NFL. The league only survived through its first season.

McMahon resurrected the XFL in 2020 with eight teams. It ceased operations after just five weeks of play due to the COVID-19 pandemic and filed for bankruptcy April 13.

It is still unclear exactly what form of partnership or alignment could happen between the two leagues.

The Canada-US border remains closed to non-essential travel due to the COVID-19 pandemic, which has prompted Canadian sports teams like the Toronto Blue Jays and Toronto Raptors to play home games in Florida. The NHL realigned divisions, keeping all seven Canadian teams above the 49th parallel until at least the end of the regular season.

Affectionately known by fans as "The People’s Champion" during his years in professional wrestling, Johnson writes that his passion drives this business venture, and says him being cut by the CFL was "the greatest thing that happened."

"It set me on a path that years later would lead me right back to the league. To help create even greater and bigger opportunities for all our players and all our fans," he said.

"So yes, the CFL changed my life, in ways I could’ve never imagined."