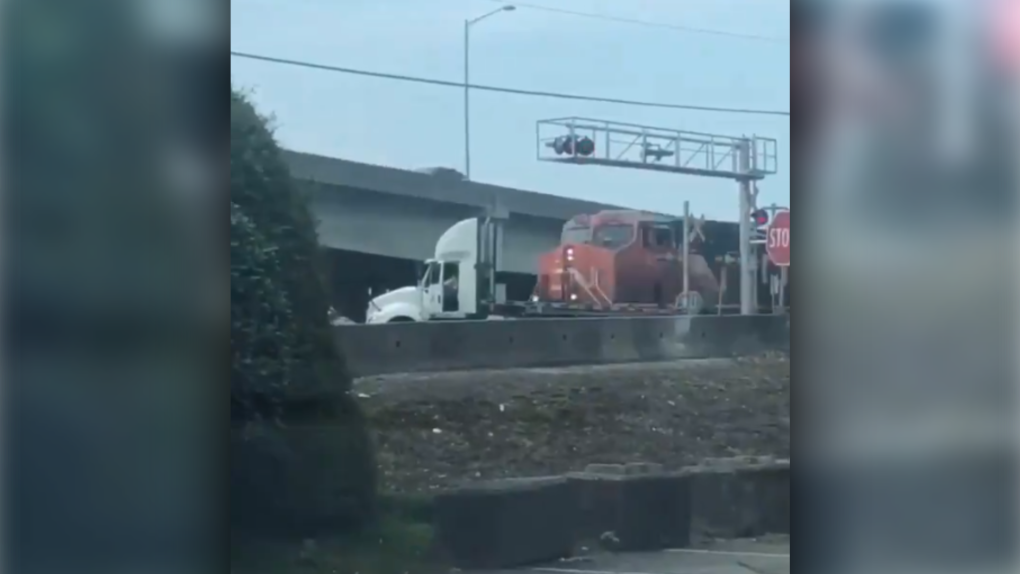 A train barrels toward a stalled semi truck near the border between Surrey and Langley on Monday, April 20, 2020. (Twitter/jesspess1995)

VANCOUVER -- A train slammed into a stalled semi near the Surrey-Langley border on Monday, but authorities say the driver managed to survive the crash.

Video that was posted to social media shows the driver inside the vehicle as the train comes barrelling down the tracks near 98A Street on Telegraph Trail.

A voice in the background can be heard shouting, "Get out, run!" before the moment of impact, which sends the front of the semi swinging away from the rail crossing as the train gradually comes to a stop.

Langley RCMP told CTV News the truck driver somehow walked away from the collision, and that no serious injuries have been reported.

Authorities have not determined what caused the vehicle to stall along the tracks.