Do you recognize this Surrey sex assault suspect? 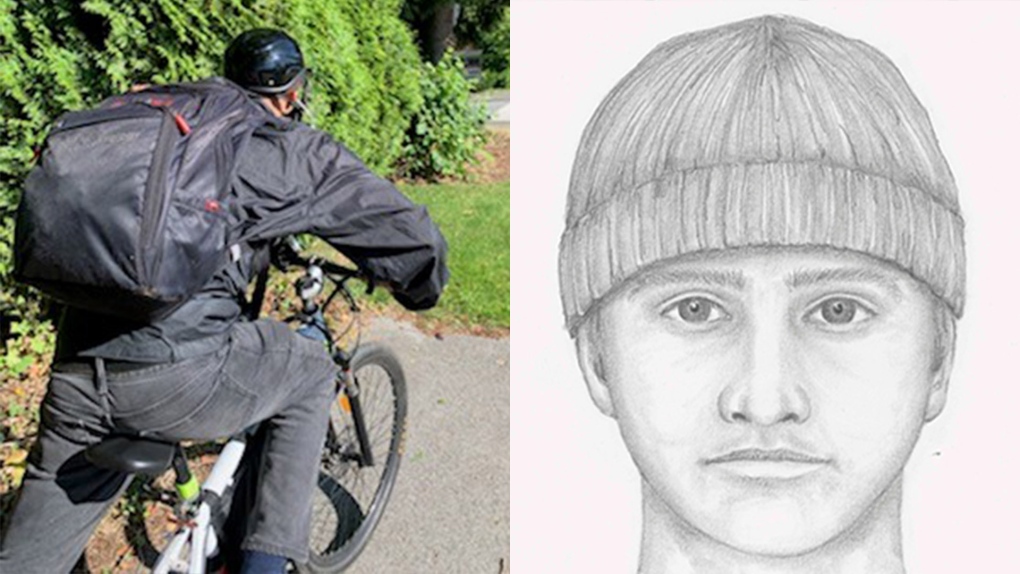 Police are asking for the public's help identifying a suspect who allegedly groped a woman at a Surrey bus stop back in July. (Handout)

VANCOUVER -- Police are asking for the public's help identifying a man suspected of sexually assaulting a woman at a Surrey bus stop.

Authorities said a stranger sat down beside the victim and groped her on the morning of July 14, near the intersection of 144 Street and 78 Avenue.

The suspect fled on a bicycle when the victim tried to confront him, Surrey RCMP said.

Two months after the attack, authorities have yet to identify the assailant. On Thursday, police released a picture and a composite image of the suspect in the hopes that someone will recognize him and come forward.

He's described as a 25-year-old South Asian man with a round face and no facial hair. He was wearing black jeans, a black windbreaker, navy blue socks and a black helmet.

Authorities said his bicycle was white with neon tape at the base of the seat.

Surrey RCMP asked anyone with information on the suspect's identity to contact the detachment at 604-599-0502, or Crime Stoppers at 1-800-222-TIPS if they want to stay anonymous.