Do you recognize this dumped debris? Police asking for public’s help to identify those responsible 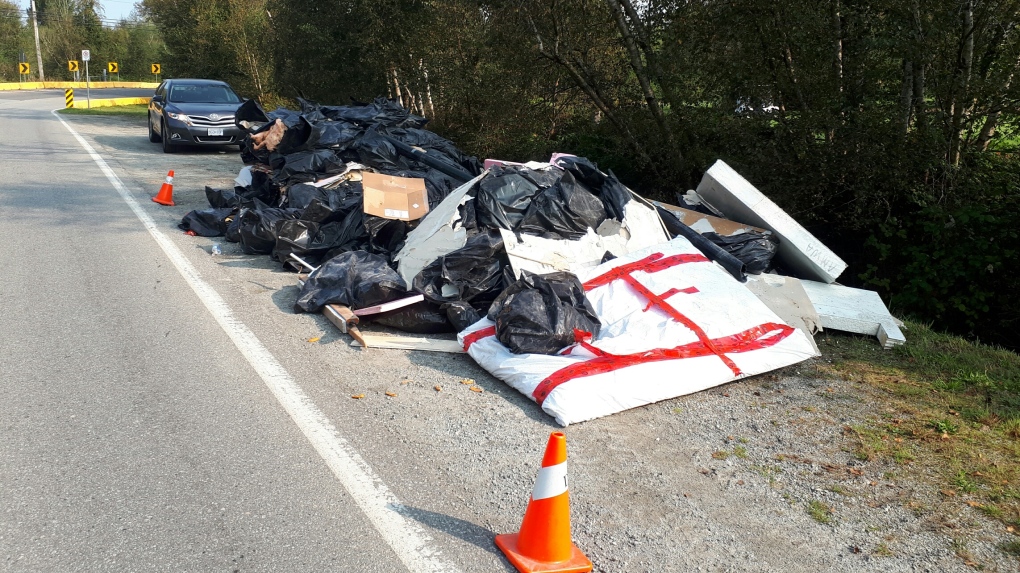 Home renovation debris that Delta police say was illegally dumped is seen in this handout image from police.

VANCOUVER -- Police are looking for those responsible for illegally dumping large amounts of renovation debris around the City of Delta.

The Delta Police Department has released photographs of the dump sites in hopes people will recognize some of the items left behind.

The debris includes drywall, lumber, insulation, glass, plumbing pipes, flooring and some household waste. Police say the debris appears to be from more than one project and was dumped in farm areas and near rural roads.

“As contents appear to be mixed, officers believe they have come from various locations,” Cris Leykauf, spokesperson for Delta police, said in a statement Friday.

Police say the drywall poses health and environmental risks because asbestos was found at one of the dump sites, which requires specialized cleanup and disposal that costs the city upwards of $10,000.

Police described the issue as a “growing problem.”

“We’re hoping by releasing pictures of this dumped debris, that someone might recognize items from their renovation and contact police,” Leykauf said.

“Our residents enjoy the many open and green areas in Delta, and illegal dumping directly impacts everyone.”

Leykauf said in at least one case, the cost of the cleanup had to be paid by a property owner.

The penalties for illegal dumping can range from fines to criminal mischief charges, police said.