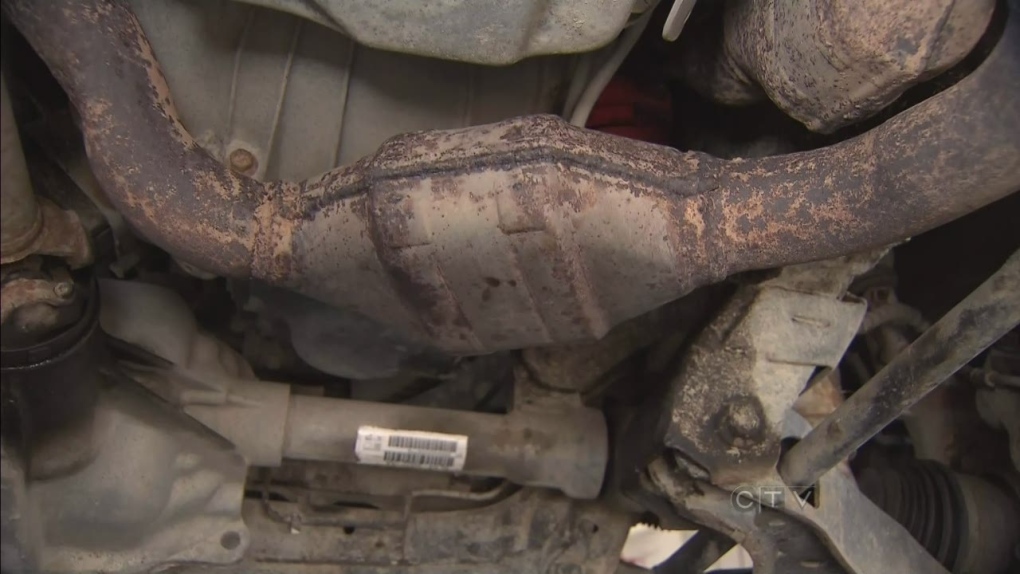 According to police, industrial areas like Annacis Island and Tilbury are particularly targeted for these types of thefts.

"Delta police has a dedicated Property Crime Unit to address these spikes in crime," said Cris Leykauf, spokesperson for Delta police in a news release.

"Property crime is one of the top concerns that the public has identified to us."

Police say the investigation is still ongoing and charges of theft under $5,000 and mischief will be recommended.

These alleged thefts come after an attempted theft of catalytic converters in Coquitlam led to a car fire that destroyed two vehicles.

The stolen parts, which are part of a vehicle’s exhaust system, are often sold for scrap.

In June, Delta police also arrested two men with a power saw allegedly trying to steal a catalytic converter from a vehicle on Derwent Way.

Police say it's too early to tell if these incidents are related.