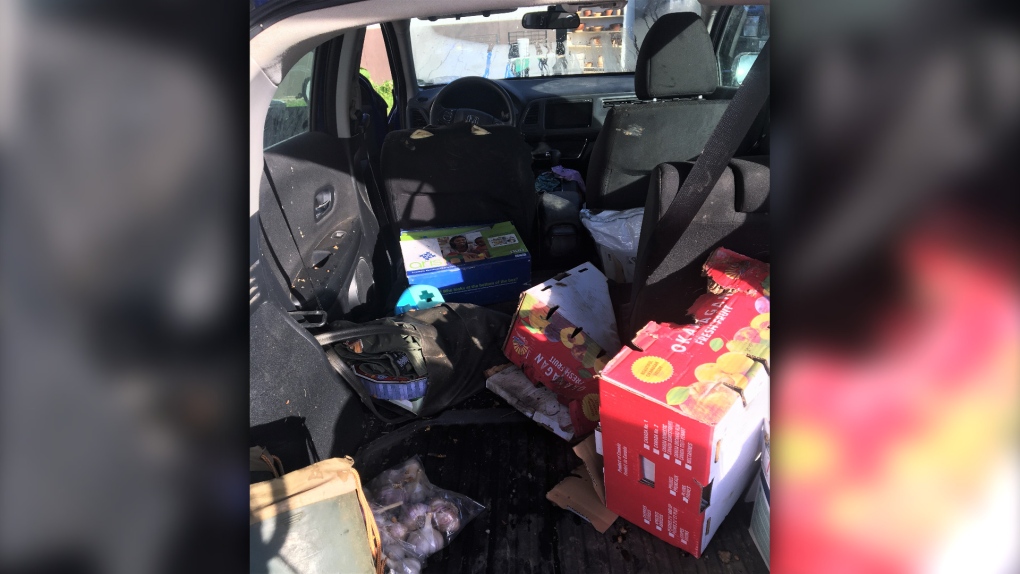 The B.C. Conservation Officer Service says a bear broke into a Terrace resident's car to get at freshly picked fruit back in September and had a "bit of a heyday" inside.

VANCOUVER -- Some of B.C.'s black bears are heading into hibernation later than usual this year, prompting calls for residents to keep trash and compost properly secured.

The B.C. Conservation Officer Service said bear conflict calls in parts of the province have continued late into November, including in Terrace, where bear complaints have been a daily occurrence.

"Bears in our neck of the woods had a tough time with food this year. We didn't have a berry crop to speak of, and the salmon that were in the rivers were getting blown out by high water," said Sgt. Tracy Walbauer.

"There's a number of bears that are still really hungry and haven't built up enough reserve to go to bed."

Most of the calls coming in around Terrace have involved bears getting into garbage cans, compost bins and bird feeders.

But there's always the chance that bears will take things a step further – like the black bear that broke into a Terrace resident's car back in September to get at some freshly picked fruit.

The B.C. Conservation Officer Service shared pictures of that incident on Twitter last week, showing clawed car seats and other damage in the vehicle.

Walbauer said the bear managed to tug on the latch-style doors and get inside, where it had "a bit of a heyday."

Conservation officers asked residents in bear-prone areas to keep managing their attractants, and to report any bear conflicts to the RAPP line at 1-877-952-7277.

Even your car isn’t a secure spot to leave attractants, as these pictures from #Terrace show. For tips on how to secure attractants and reduce human-wildlife conflicts, visit @wildsafebc #BCCOS #keepwildlifewild #doyourpart pic.twitter.com/7eZpnEcD70