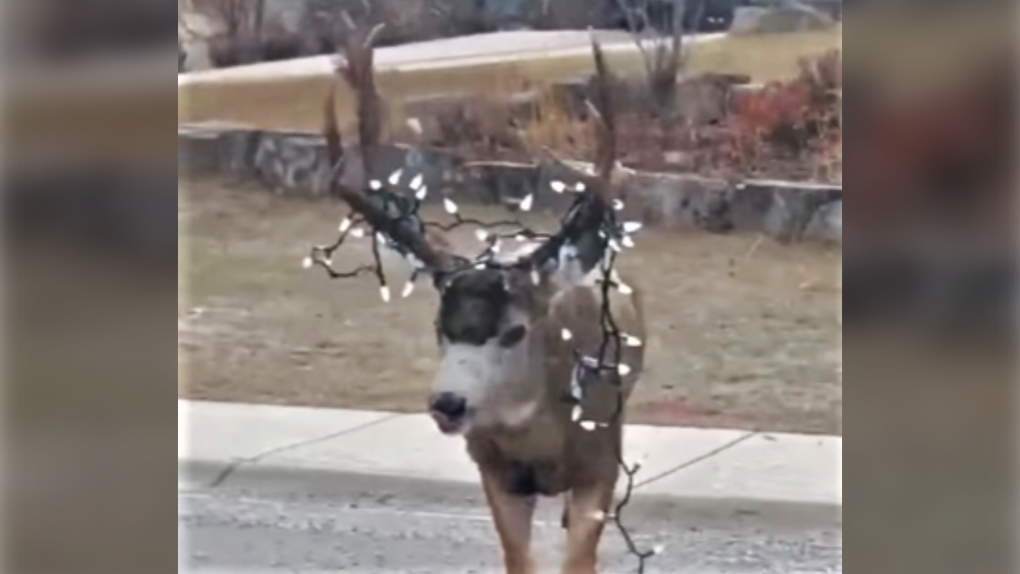 A deer is seen tangled in a string if Christmas lights in Invermere, B.C. Source - B.C. Conservation Society

VANCOUVER -- Conservation officers had a rescue of the festive kind in Invermere, near the Alberta border.

The B.C. Conservation Officer Service posted to Twitter Monday morning that an adventurous deer found itself caught up in some Christmas lights and needed help.

One picture showed a string of lights tangled in the buck’s antlers.

“But don't worry, (conservation officers) were able to safely sedate the animal and free it of its festive headwear,” the post said.

A picture shows a conservation officer delicately removing the lights while the animal was lying in his lap. The buck was then back on its feet, sans decorations.

It seems officers have dealt with situations like this before.

“It's not uncommon for deer to get tangled up in netting, fencing or other objects," another post said. "To help avoid such seasonal snafus, please hang your lights high.”

Officers are asking anyone who spots a deer in distress to call them.