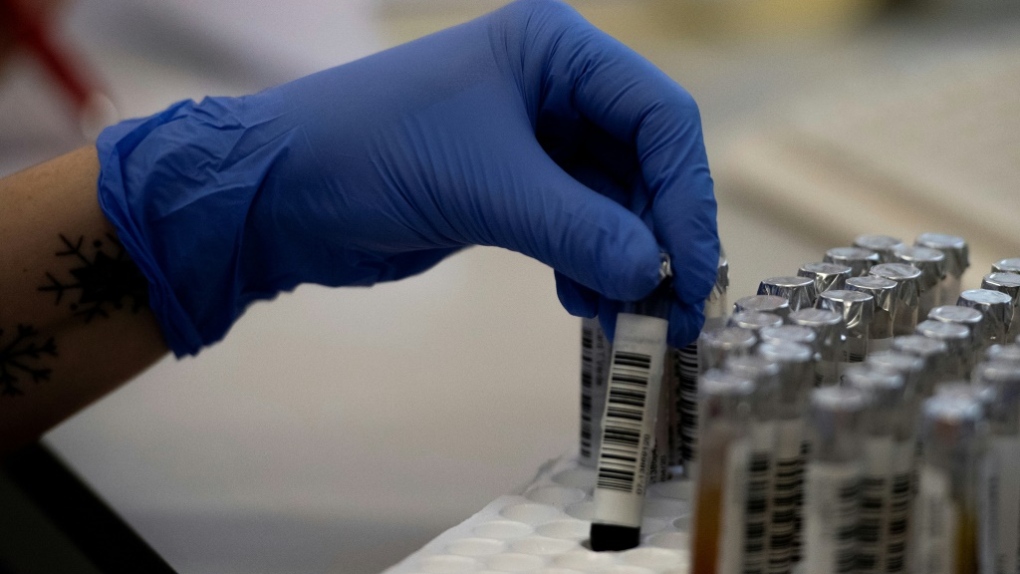 A scientists at the University of Toronto says his lab has created an engineered antibody for COVID-19 that he hopes will move right to clinical trials. (AFP)

VANCOUVER -- Health officials in British Columbia are preparing to share an update on their efforts to test for COVID-19 antibodies late next week.

Provincial health officer Dr. Bonnie Henry said collecting the data has been a challenge because the rate of false-positive and false-negative results in current antibody tests can be "very high," but that she hopes to share some details with the public next Thursday.

"The bottom line, from what I've seen so far, is that (the data) reflects what we have seen here in British Columbia – that few people have become infected at a population level," Henry said.

Researchers have been trying to weed out false-positives by performing a second test to validate every positive test, something officials said has added "considerable extra time" to their efforts.

Their understanding of antibodies has also lagged behind other aspects of the virus because it takes people several weeks to develop antibodies after they've been infected, Henry added.

The first antibody test approved for use by Health Canada was only given the green light in mid-May.

Since then, B.C. researchers have been collecting data on antibodies two ways, one of which has involved comparing blood samples donated in February with others donated in June.

The identities of those donors are kept anonymous, Henry said.

Researchers have also been testing antibodies through community-based sampling, comparing 1,000 samples taken in March and another 1,000 taken at the end of May.

At this point, it's unclear how long COVID-19 antibodies remain in the system, and what level is required to provide immunity from the virus.

One limited study of 74 patients that was published last month in China suggested antibodies do not last as long as similar viruses, particularly among asymptomatic carriers. Researchers found that antibody levels began to decline in as little as eight weeks after patients left hospital.

With files from CTVNews.ca's Ben Cousins