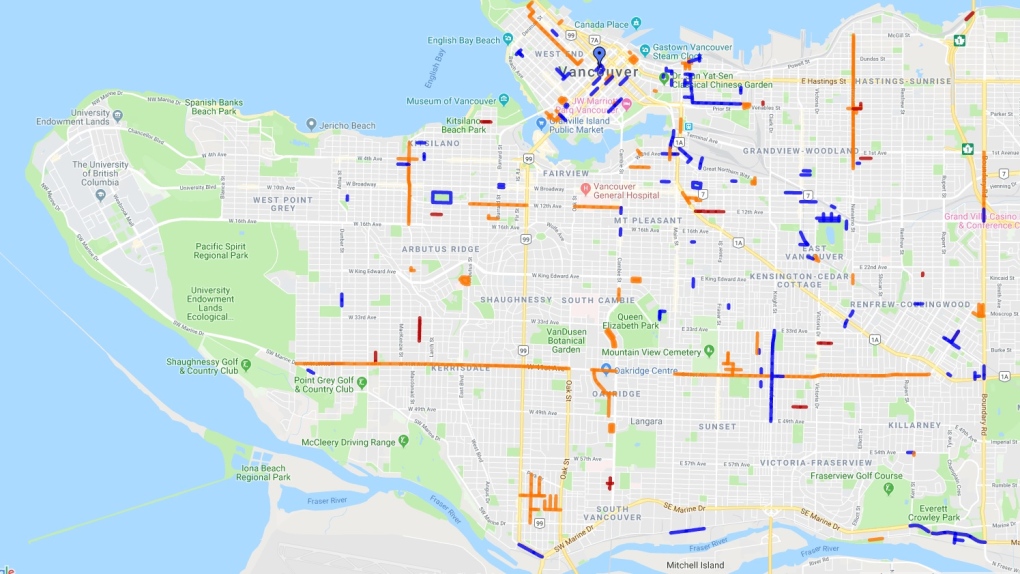 The combination of ongoing construction projects around the city and an influx of cruise ships has the City of Vancouver advising the public to expect significant traffic on local roads this weekend.

For comparison, only four cruise ships docked in Vancouver across both days last weekend.

The city also advises of a variety of road closures, some of which have been ongoing and some of which are specific to the coming weekend.

A crane lift will reduce Seymour Street to one lane between Robson and Georgia streets from 7 a.m. to 6 p.m. on both Saturday and Sunday.

Similarly, a crane lift will reduce West 4th Avenue to one lane in each direction between Arbutus and Maple streets from 8 a.m. to 11 a.m. Saturday.

The street will be closed northbound between East 2nd Avenue and East 1st Avenue during the same hours.

East 2nd Avenue will also be reduced to one lane in each direction between Main and Ontario streets from 7 a.m. to 7 p.m. on Saturday and from 7 a.m. to 1 p.m. on Sunday as a result of this project.

Other ongoing construction projects in Vancouver will not be changing local traffic patterns this weekend. More information about the effects of construction on local roadways can be found on the City of Vancouver's road closures page.