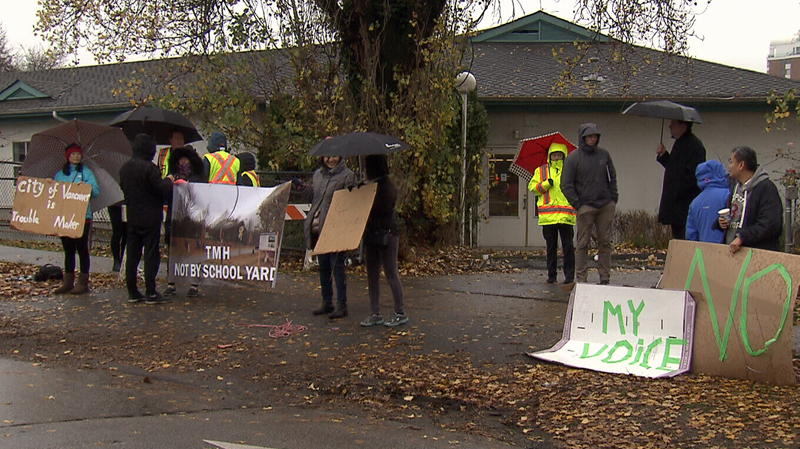 VANCOUVER - The Supreme Court of British Columbia has ordered protesters in a south Vancouver neighbourhood to stop interfering with efforts to build temporary modular housing for homeless people.

BC Housing and the City of Vancouver have been granted an injunction to proceed with the project, which will create 78 living units tailored for people aged 45 and over.

Residents of the Marpole neighbourhood where the housing will be located have expressed concerns about the development.

Vancouver Mayor Gregor Robertson says in a statement that he respects people's right to protest but that blocking much-needed housing for the homeless is not something the city can accept.

Robertson says the city is working to resolve any concerns and he is confident the project will be as successful as the dozens of other social and supportive housing initiatives across Vancouver.

The injunction prohibits anyone from loitering on nearby streets or sidewalks or preventing access to the construction site.