Couple thrilled to be reunited with stolen dog 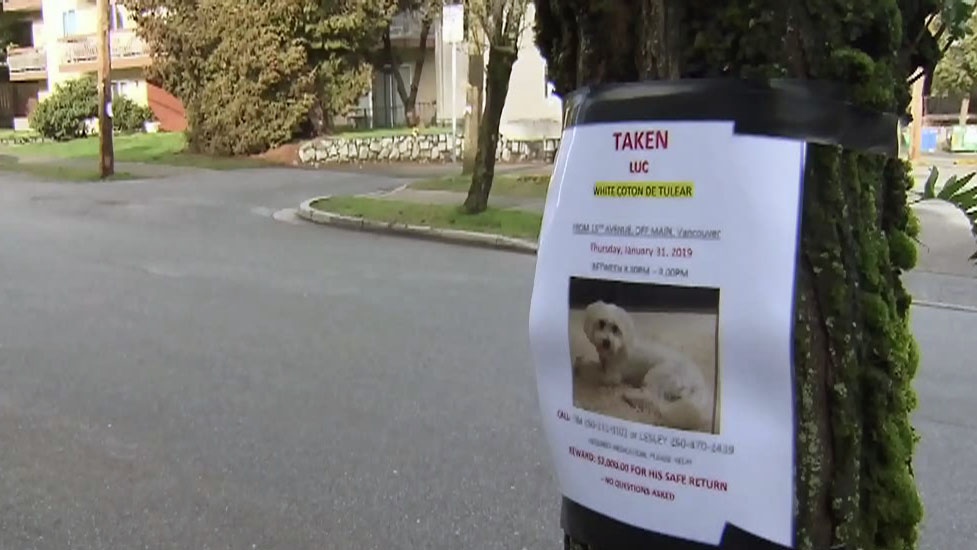 A dog that was stolen from a parked car in a smash and grab on Thursday evening has been reunited with its rightful owners after a tip from someone who saw the story on CTV News.

After CTV News coverage of the story on Saturday, they received a tip from a woman who thought she had seen the dog in a residential building on Cordova Street.

The Spiegels spoke to the building manager and gave him a description of Luc, and after doing some investigating he called the couple back and told them he thought Luc was in a suite in the building, which has a no pets policy.

The Spiegels visited the suite with the manager and when the door was opened Luc ran out into their arms.

The couple has paid the $2,000 reward they promised for Luc’s return, splitting it between the woman who provided the initial tip and the building manager who helped them recover their dog. They said they don’t plan on ever leaving Luc unattended again.

“We’re so grateful to everybody,” Lesley Spiegel said Sunday. “To you guys for putting it out there for us, for the social media we managed to garner for it. Without that, who knows?”

“We couldn’t have done it,” Tim Spiegel added. “There’s no way we would have had him back today.”