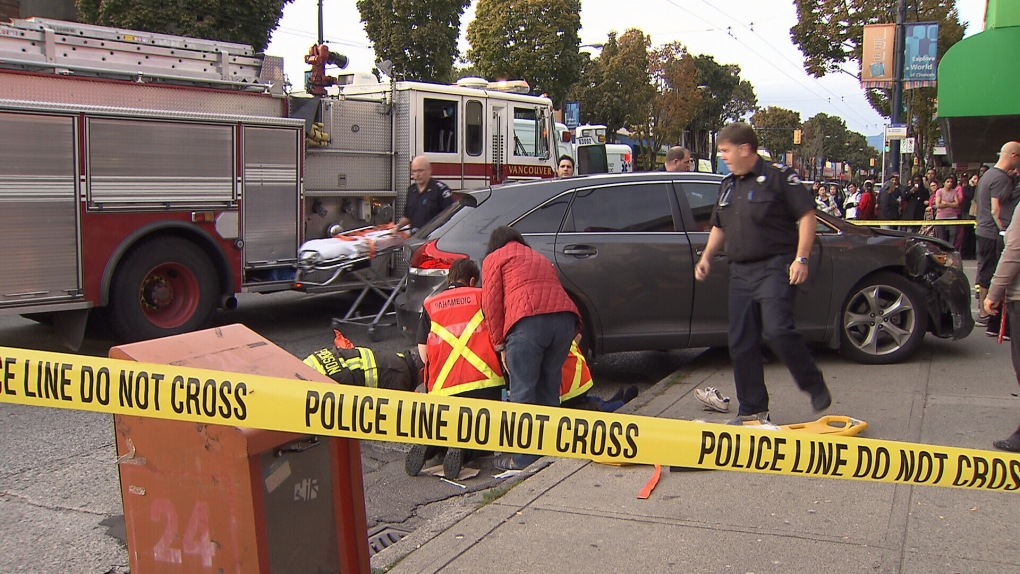 Police and emergency crews attend to two pedestrians struck by a vehicle Saturday evening at the corner of Fraser Street and East 49th Avenue. (CTV)

A couple was taken to hospital with head injuries after being hit by a vehicle while walking in East Vancouver Saturday evening.

Police say around 5:30 p.m. a vehicle driven by a 29-year-old new driver was turning right onto Fraser Street from East 49th Avenue when a woman fell into the roadway.

Police believe the driver was surprised and accelerated instead of hitting the brakes, running over the pedestrian and hitting her husband on the sidewalk.

The vehicle eventually stopped when it crashed into the side of the Scotiabank building.

The Vancouver Police Collision Investigation Unit continues to investigate. No charges have been laid.