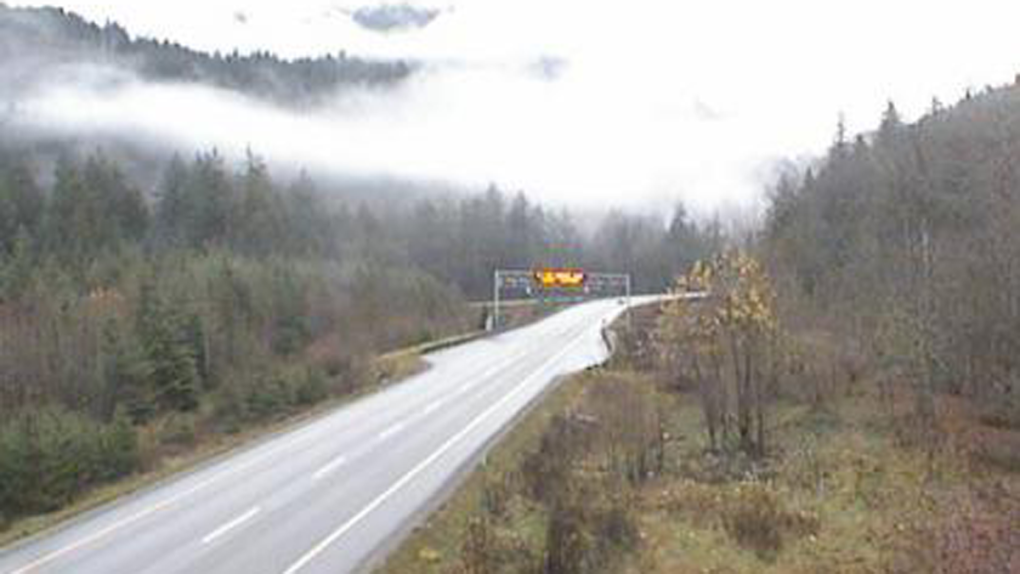 A photo from DriveBC's Highway 5 traffic camera mounted about 11 kilometres north of Hope shows an empty road shortly before 1 p.m. on Tuesday, Nov. 12, 2019.

VANCOUVER – Two patients have been rushed to hospital with serious injuries after a crash closed part of a B.C. highway.

BC Emergency Health Services said they received a call just before 11 a.m. for a single-vehicle crash on Highway 5 about 10 kilometres east of Hope. Two people were transported to hospital, one in serious condition and the other in critical condition. Three ground ambulances and a paramedic specialist were dispatched to the scene.

Few details are known about what happened, but the Ministry of Transportation posted that Highway 5 was closed in both directions shortly after noon. Around 1:30 p.m., the northbound lanes reopened, but the highway was still closed to southbound traffic.

Those lanes remained closed for another two hours, but were open again at 3:30 p.m.

The incident occurred south of the Carolin Mine Road exit, which is northeast of Hope.

During the closure, DriveBC said an assessment was in progress, and that drivers should consider taking Highway 1 or Highway 3 as an alternate route.

UPDATE - #BCHwy5 closed in both directions due to a vehicle incident south of Carolin Mine Road Exit. Assessment in progress. Consider using an alternate route: #BCHwy1 or #BCHwy3. Details: https://t.co/k0PP3IoG9h