Construction worker hospitalized after getting injured on boom lift in Abbotsford 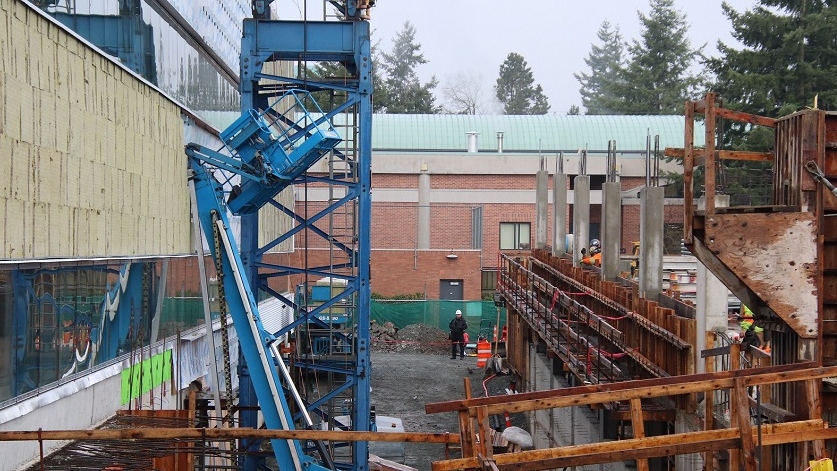 A Genie boom lift is seen tipped against a building in Abbotsford on Jan. 22, 2020. (Shane MacKichan)

VANCOUVER -- A worker was taken to hospital Wednesday morning after becoming trapped with serious injuries on a boom lift at an Abbotsford construction site.

BC Emergency Health Services told CTV News Vancouver it got a 911 call at about 7:30 a.m. Emergency crews arrived at an industrial site on Veterans Way and transported one person to hospital with serious but non-life-threatening injuries.

Video from the scene shows a Genie boom lift tipped over and leaning against the side of a building. Fire crews appeared to be on scene conducting a technical rescue, while one person appeared to be on a stretcher.

WorkSafeBC would only confirm it got a call about an incident in Abbotsford Wednesday morning and that a prevention officer was being sent to the site. They did not have any other details to share about the incident at the time of publishing.