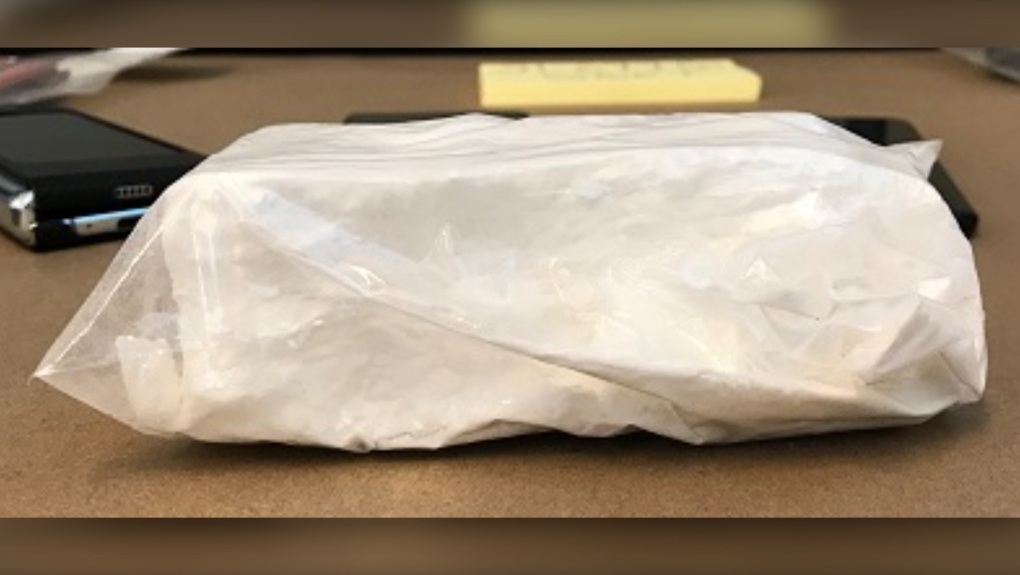 A partial brick of suspected cocaine has been seized by the Surrey Gang Enforcement Team as part of ongoing targeted gang enforcement in the city.

VANCOUVER -- A partial brick of suspected cocaine has been seized by the Surrey Gang Enforcement Team as part of ongoing targeted gang enforcement in the city.

Authorities said the amount of cocaine seized, if packaged for street-level sale, would amount to 1,225 doses. That's enough for "25 busloads of people," the Surrey RCMP detachment said in a news release.

Members of the SGET stopped a speeding vehicle that was allegedly attempting to evade police in the area of 108 Avenue and 152 Street just before midnight on May 9.

The driver of the vehicle, a 27-year-old Coquitlam man, was arrested and released at the scene shortly after. Charges have not yet been laid and an investigation is ongoing, Mounties said.

In addition to the suspected drugs, the vehicle, multiple cellphones, $160 in cash and a knife were seized.

"During the month of April, SGET conducted 35 curfew checks of individuals that are currently involved in Lower Mainland gang conflict, 65 outlaw motor motorcycle clubhouse checks and 24 drug investigations that resulted in seizure of two firearms and four vehicles," said Const. Sarbjit K. Sangha, with the Surrey RCMP, in a news release.

Anyone with information on drug trafficking or gang activity in the area is asked to contact Surrey RCMP at 604-599-0502 or to make an anonymous tip through Crime Stoppers at 1-800-222-8477.