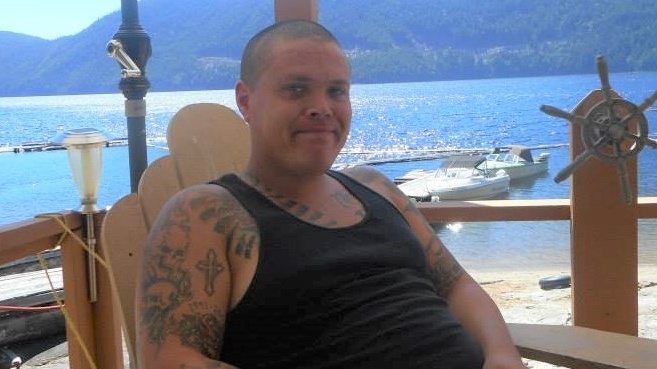 Sean Treloar is seen in this undated image provided by his mother Darlana.

Three years ago, Sean Treloar died from an overdose alone in the bathroom of a Powell River apartment.

"He was looking for somewhere safe to use, he couldn't find anywhere and he went into a bathroom and used alone. That's where he ended his life," said his mother Darlana from Lund, B.C. – a small community on B.C.'s Sunshine Coast.

"I know if there had been an overdose prevention site there at that time, he would’ve used it. And I might still have my son."

Now, those in Sean's situation will have that option as the first overdose prevention site outside Vancouver opens its doors in the Sunshine Coast community.

The site, which the Vancouver Coastal Health bills as its first outside of Vancouver, is opening Thursday night – a month after it was first scheduled to.

The apartment Sean died in is only a few blocks away from the new prevention site.

Powell River, the authority says, is the region with the second-highest number of overdose deaths per capita after Vancouver.

The Powell River Community Action Team, the group handling the day-to-day running of the site, admits there were operational issues they didn't anticipate as well as a break-in where they lost a few supplies.

But the group says the site is a much-needed addition.

"It's been really devastating. In our region, specifically, this crisis is affecting middle-aged working men, many of whom have young families," said Kathryn Colby, co-ordinator for the Powell River Community Action Team. "We don’t actually know the social toll. We know what the grief and social devastation happening in the community now looks like, but we don't know what that will look like in the future."

The emotional toll is something Darlana understands.

Sean, who was 27 when he died in 2016, was first addicted to OxyContin and then morphine starting when he was 18.

Darlana says she initially struggled to discuss addiction with her son, and he was scared to talk about it with her.

"I wish I had understood more of what he was going through back then," she said.

She says her son loved being outdoors, and the family would go on yearly mushroom picking outings together.

"He was an outdoors kid, but he just got caught up in something and couldn't get out of it," she said.

She thinks it started when a friend of his first got a hold of painkillers and shared it with others.

Two members of that small friend group are now dead.

The health authority says there were 76 calls for an overdose in Powell River in 2018, and 26 as of May 26 this year.

The land is being leased by the city for free for one year and will be housed in a temporary structure.

The temporary nature, Colby says, is something she's fine with.

"Our hope is that it won't be more than temporary. Our hope is that we can figure out the riddle of bringing down the fentanyl poisoning down in our community," she said, but added that she would understand if the structure stays longer.

The site will also offer detox programs, addiction counselling and other medical treatment.

Darlana admits it's too late to help her son, but she hopes the site will help end the stigma against addiction she says runs through parts of the community, and help others.

"Powell River is really, really supportive on all of this," she said. "I still see there's a lot of work to do, but it's coming along."