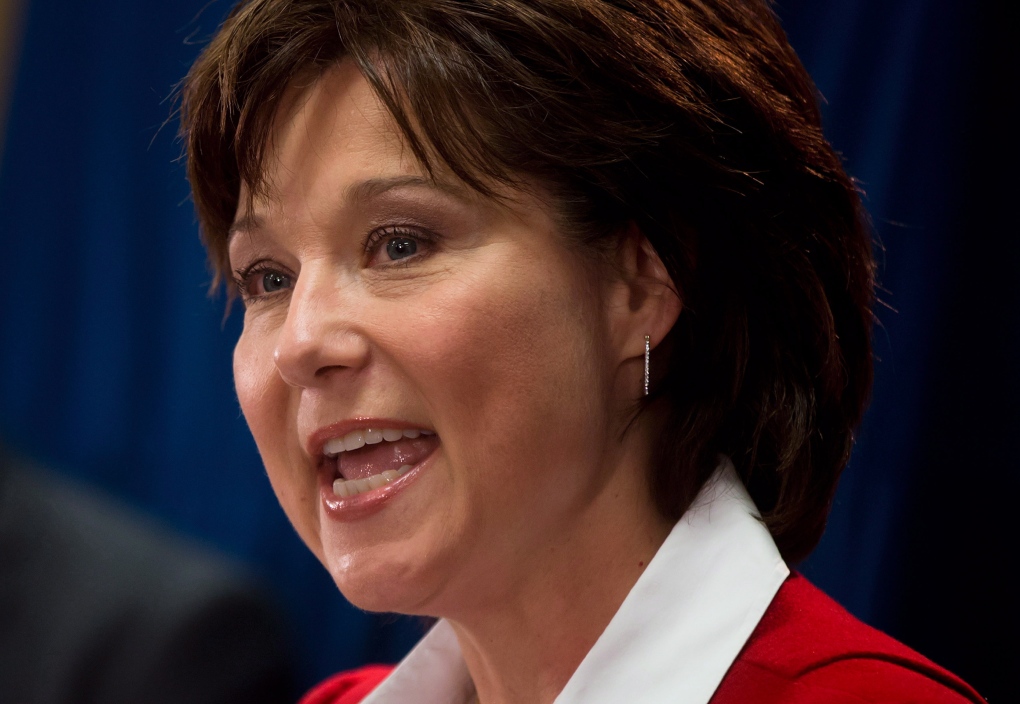 British Columbia Premier Christy Clark announces that the dedicated AIDS ward at St. Paul's Hospital would no longer just treat patients with HIV/AIDS because of a lack of demand due to the success of the centre, during a news conference in Vancouver, B.C., on Tuesday May 27, 2014. (Darryl Dyck / THE CANADIAN PRESS)

VICTORIA -- Premier Christy Clark will be removing herself from her government's dealings in oil refinery discussions and decisions in British Columbia after revealing her former husband has ties to a new oil refinery proposal.

The premier told reporters in Vancouver on Tuesday that after consulting with B.C.'s conflict-of-interest commissioner, she'll recuse herself from any business regarding the proposal and will hand over any and all contacts and decisions on oil refinery projects to Finance Minister Mike de Jong.

"I have and I will always strive to maintain the highest standard of integrity. The people of B.C. deserve no less. Out of an abundance of caution, I've decided to take action today to ensure that there is no conflict, whether that is perceived or real," she said.

"The premier's taken the appropriate action," he said.

Clark said she and Marissen share parenting duties for their son, but have no business or financial ties.

The premier said she consulted with the conflict commissioner last week.

"I learned that this proposal was going to become something real last week," she said. "As soon as I learned of that, I contacted the conflict commissioner."

Pacific Future Energy Corp. stated the refinery will be the world's greenest and built in full partnership with B.C. First Nations.

Ottawa is expected to decide this month on Enbridge (TSX:ENB) Inc.'s controversial Northern Gateway pipeline project that proposes to pipe Alberta oil products to Kitimat where they will be pumped onto tankers bound for Asia. One of the biggest concerns with that project is the fact that huge tankers full of diluted oilsands bitumen, or dilbit, would have to navigate the waters of the Douglas Channel on their way out into the Pacific.

The Pacific Future plan and other proposals, would mean refined products, rather than heavy oil, would be shipped on tankers to Asia, making a potential spill much less environmentally damaging.

Within six months, Pacific Future said it expects to pick a location for a refinery. It's weighing one site near Kitimat and two further north near Prince Rupert. Safety concerns are causing Pacific Future to lean toward the latter, as it's a shorter journey out to the open Pacific from there.