CHILLIWACK, B.C. -- Purchasing a Christmas tree may be a little more challenging this year.

That's because of a shortage across North America. The lack of supply appears to be hitting retail stores the hardest, with many already sold out.

He's since sold the property to his son, but still tends to thousands of trees.

The retiree believes picking out a tree is an important part of the holiday season.

"I just think it's a terrific thing to do, to bring your family out, make memories, enjoy the fresh air," said Arthur as he stood amongst this year's crop.

The Loewen family says their wholesale business has been cut in half this year due to lack of supply, but they still have plenty to sell at the farm.

"I'd say they're a very real shortage. (It's) hitting the U.S. probably harder than Canada in some respects, but we still have enough trees for our retail customers," said Tim Loewen, Arthur's son.

Those in the industry say the root of the problem goes back about a decade. 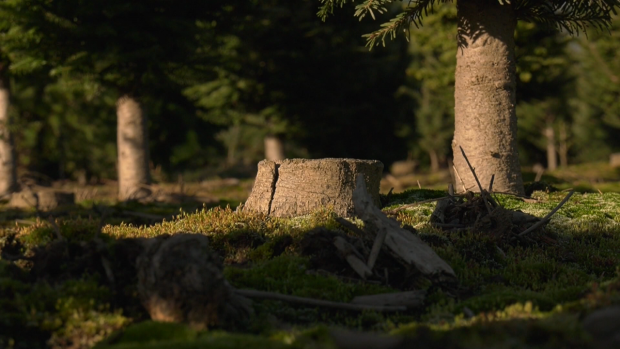 "In 2008 we had a recession and farmers may not have planted as many trees as they typically would," explained Shirley Brennan, executive director of Canadian Christmas Tree Growers.

"Because it takes six to 10 years to sell a tree, you can't replant," said the senior Loewen.

His son says that means tree shoppers may have to branch out and try something new.

"Some people will have to try a different variety maybe than what they traditionally (get), but for the most part, there's trees… Maybe not just quite as tall."

Pine Meadows was a flurry of families this weekend.

"I'm kind of picky about my tree. So I thought we'd come out. I always spend some time. Maybe too much time," admitted shopper Darren McDonald.

"Lots and lots of time," added his wife, Christy, with a laugh.

The pair has been bringing their son, Callum, to the farm since he was a baby. They say the trip leaves them with a new story every year.

"I slipped in some mud," said Callum, pointing to a stain on his Batman sweater.

"Yeah, so the story of slipping in mud or tripping over a stump is almost as valuable as the tree itself," said his father jokingly. 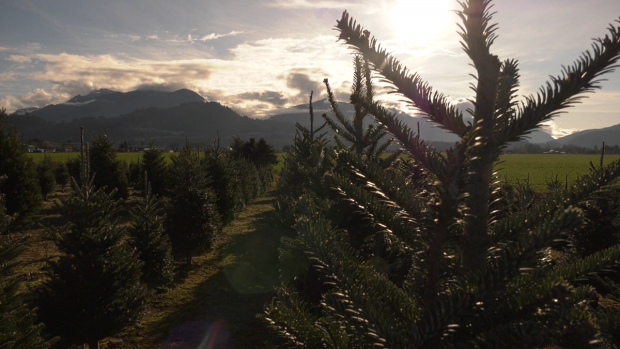 New parents Kyle and Michelle Graham also spent their afternoon in the field.

It's the second time they've picked up a live tree, but the first time picking one for their 11-month-old daughter Bella.

They had a very specific look in mind.

"A nice point at the top and then kind of tapers out to be nice and fluffy. Not to narrow," said Michelle before her daughter weighed in herself with enthusiastic babble.

The Loewen family says there are no rules for picking the perfect tree, because beauty is in the eye of the beholder.

"We will leave trees that I will call a 'Charlie Brown,' because somebody else will say that's the nicest tree on the farm," said Arthur.

The father-son team is encouraging all families to switch to real trees.

They say tree farms are good for the environment, as young trees produce more oxygen than old growth ones.

The pair believes their property produces enough oxygen for about 25,000 Chilliwack residents. 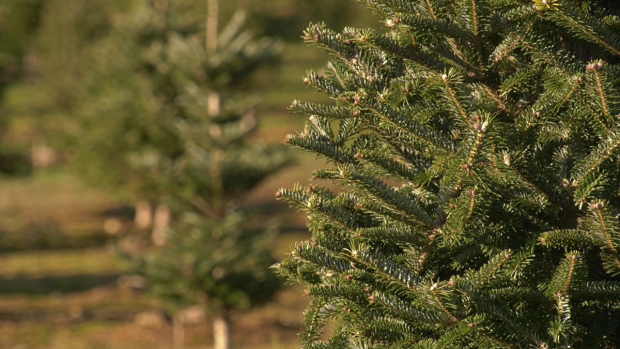