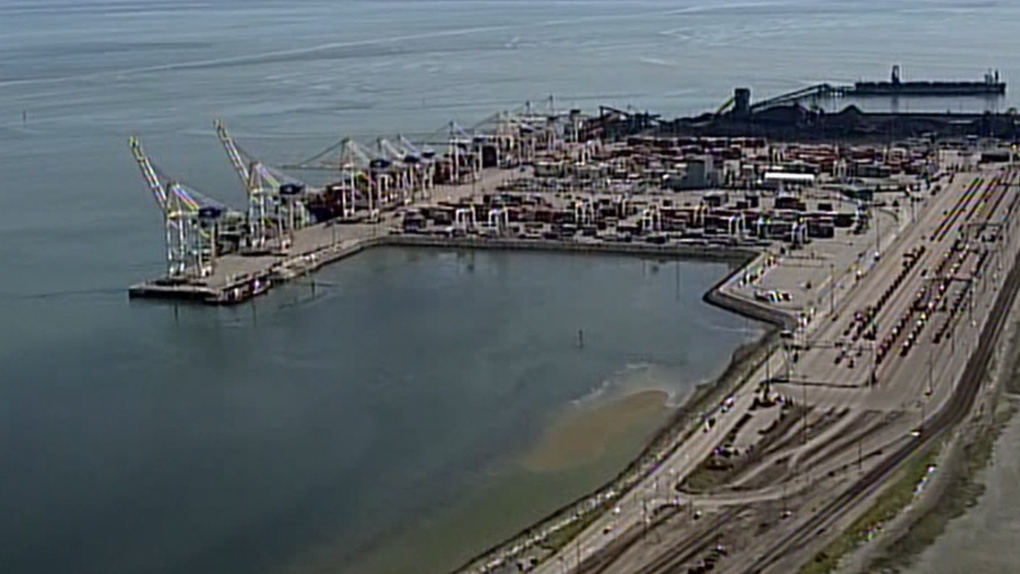 Dubord said currently the Canada Border Services Agency is in charge of checking incoming containers through the port. (CTV/Chopper9)

After Delta's mayor and police chief expressed concerns last week about the screening of containers at Deltaport, the agency in charge of keeping illegal goods out of Canada is defending its practices.

"This approach involves screening goods at several points along the trade continuum: at the earliest opportunity overseas, in transit, and upon arrival at the Canadian border," the agency wrote in an email to CTV News.

The CBSA said it requires foreign vessels to submit data about what's going onto their ships 24 hours before loading up and taking off from their port.

CBSA agents then use their own technology to identify high-risk vessels and containers – which they proceed to check before the ship docks in Canada.

"The CBSA's focus is on getting the right information at the right time, in order to know when, where and how to target its enforcement efforts," it said.

The agency also said it has opened a new facility in Tsawwassen in June adding, "additional employees and state-of-the-art detection equipment to the CBSA's capacity to interdict organized crime efforts. It is also equipped with a Designated Safe Examination Area."