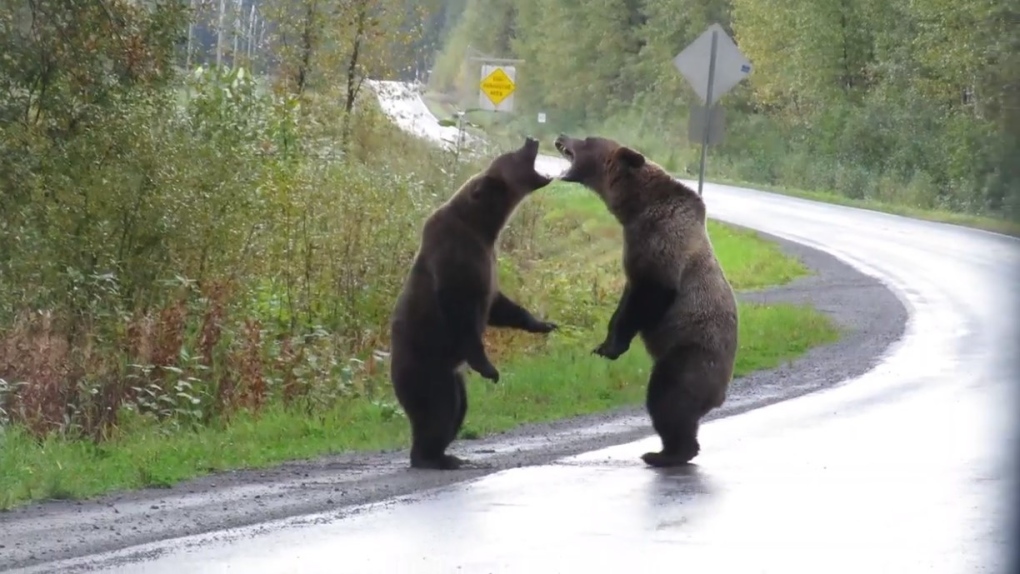 A rarely seen sight unfolded right in front of a B.C. woman's camera recently: Two grizzly bears fighting on the highway in the province's north.

Cari McGillivray posted the video on Facebook Friday afternoon, writing: "Don’t normally post on here but thought I’d share this incredibly rare and amazing moment with all you guys of these grizzlies fighting!"

McGillivray didn't indicate in her initial post where or when the video was taken, but wrote in the comments that it was recorded on the Stewart Cassiar Highway between Stewart and Meziadin Junction.

Stewart is a town of roughly 500 people near the Alaska border.

The video begins with the two bears growling and roaring at each other. They each stand up on their hind legs and move onto the roadway, grappling with each other as they move.

In the distance, a wolf can be seen watching the proceedings.

The video ends with one of the bears chasing the other toward the camera.

As of Saturday afternoon, the video had been viewed more than 100,000 times and generated thousands more reactions and shares on Facebook.